She suffered the injury during the third and final ODI in Mackay, and Australia head coach Matthew Mott said she was “devastated” 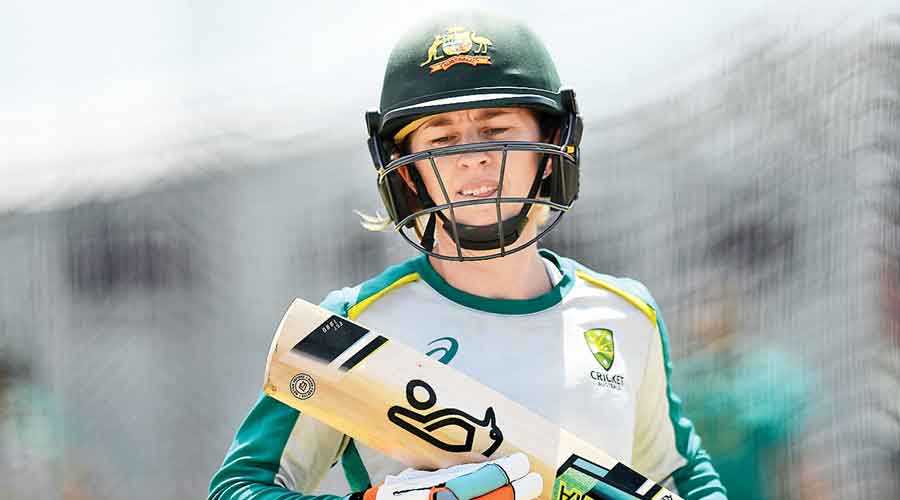 Australian opener Rachael Haynes has been ruled out of the day-night Test and the subsequent T20I series against India with a hamstring injury. The Test begins in Carrara on Thursday.

Haynes suffered the injury during the third and final ODI in Mackay, and Australia head coach Matthew Mott said she was “devastated”.

“Unfortunately, her hamstring is no good,” Mott said on Tuesday. “She’s devastated — obviously Test matches don’t come around too often, she’s a key member of our squad so our thoughts are with her at the moment.”

Beth Mooney is touted to open alongside Alyssa Healy in Haynes’ absence, just as she did when Haynes missed the second ODI with an elbow injury. Mooney scored a terrific 125 not out then, helping Australia secure victory in a thrilling, last-ball chase.

“Beth is pretty good,” Mott said. “She was very sensible the other day. She felt something and with all the workload that she has been under, we felt that even after that hundred and the quick turnaround she was a high risk. And she flagged it quite early and I think the medical staff are very comfortable with where she is at. She’ll train today (Tuesday) and I expect she will have a pretty light day tomorrow and be ready for the Test.”

Haynes’ absence frees up a slot in the XI, and could pave the way for Georgia Redmayne, who excelled for Queensland Fire, to make the XI. The management could also alternatively look to fill the slot with an all-rounder.

Haynes will remain with the squad for the opening day of the Test match but will then return home to Sydney to spend time with her partner as they expect the birth of their first child.

Haynes has opened in five of her nine Test innings and looked set to partner Healy at the top of the order, although Haynes’ two Test half-centuries, scores of 87 and 98, have come batting at Nos. 5 and 7, respectively.

Mott flagged that he will have few debutants on Thursday. One of them could be leg spinner Georgia Wareham provided she can recover from the quad injury she suffered in the second ODI.

The three-match T20I series will begin on 7 October, with all matches to be played at the same venue.