Indians pull out of All England Championships due to coronavirus outbreak

The meet begins on March 11 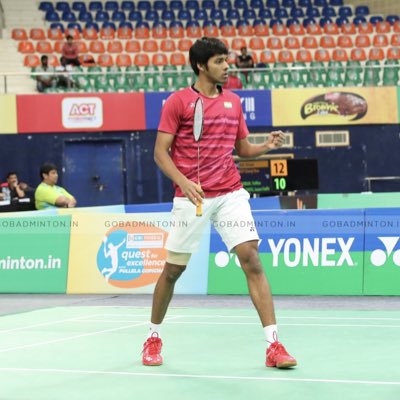 Indian shuttlers, including HS Prannoy and world No. 10 men’s pair of Chirag Shetty and Satwiksairaj Rankireddy, have withdrawn from next week’s All England Championships due to concerns surrounding the coronavirus outbreak. The meet begins on March 11.

“Some of the players have written to BAI, informing about their decision to withdraw from the All England Championships. Top doubles pair of Shetty and Rankireddy, Manu Attri and B Sumeeth Reddy, HS Prannoy, Sameer Verma and Sourabh Verma have so far withdrawn,” BAI secretary Ajay Singhania said.

“However, Saina Nehwal, PV Sindhu, Kidambi Srikanth, Ashwini Ponnappa and N Sikki Reddy and Pranaav Jerry Chopra will be participating in the tournament.”

Sports Minister Kiren Rijiju on Thursday warned the country’s athletes to be extra cautious in the wake of the deadly coronavirus outbreak, saying they should avoid shaking hands and close contact while mingling with people.

“I advise our sportspersons and common citizens also to be careful while mingling with various people. For some time, it’s absolutely not necessary to shake hands or hug,” Rijiju tweeted. “We can manage with our traditional namaste, salaam, Jai Hind and many local words for greetings!”

The Archery Association of India (AAI) on Thursday withdrew its team from the upcoming Asia Cup world ranking tournament in Bangkok. The season-opening stage 1 tournament is scheduled to be held in Thailand’s capital from March 8 to 15.

Italy ordered that all major sporting events must be held behind closed doors until April 3, as the country grapples with the outbreak.

The measure was announced as the Italian government stepped up its response to the epidemic.

This week’s Italian Cup semi-finals — Juventus against AC Milan in Turin and Napoli’s clash with Inter Milan at the Stadio San Paolo — have been postponed.