The defending champions, who lost 2-5 against Japan in the pool stage, scored two eye-catching field goals through Manjeet and Pawan Rajbhar 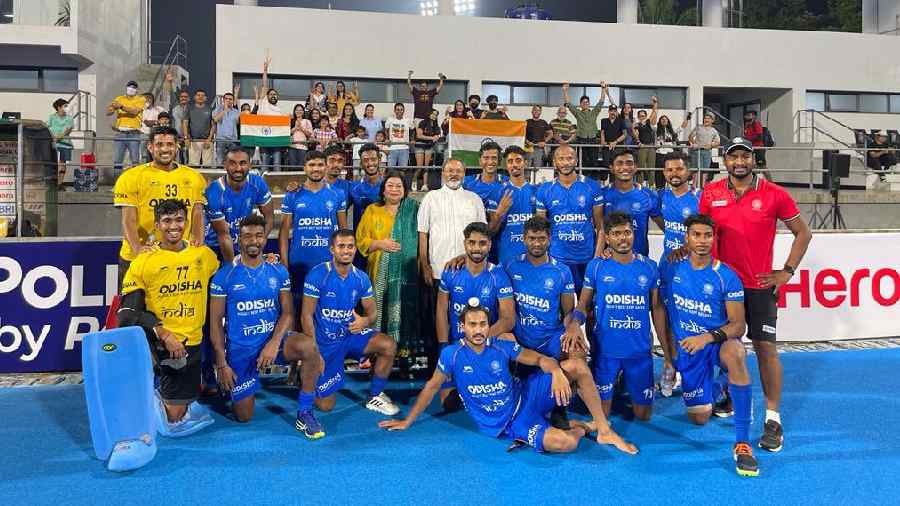 The Indian men’s hockey team rode two fantastic field goals to beat Japan 2-1 in their first Super 4 league match and avenge their loss in the pool stage of the Asia Cup here on Saturday.

The defending champions, who lost 2-5 against Japan in the pool stage, scored two eye-catching field goals through Manjeet (8th minute) and Pawan Rajbhar (35th) to register a narrow win. Japan’s lone goal came from a penalty corner through Takuma Niwa in the 18th minute.

Japan threatened India initially and secured a penalty corner as early as in the opening minute but the Indians thwarted the danger. The Indians grew in confidence and got their footing as the match progressed.

It was a moment of brilliance from Manjeet that handed India the lead. He made a brilliant solo run down the left flank after receiving a pass from Pawan Rajbhar to beat Takashi Yoshikawa under the Japanese bar.

As was the case in the first quarter, the Japanese started the second 15 minutes on a promising note and secured a penalty corner in the 18th minute from which

Takuma Niwas scored from a rebound.