Showdown between the two subcontinental contenders ends 5-0, at the 22nd Commonwealth Games 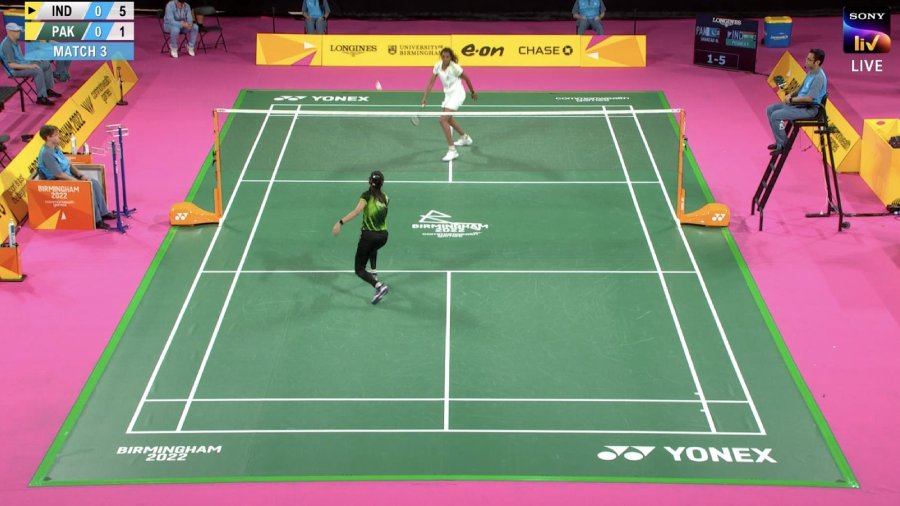 India's fancied shuttlers didn't break a sweat on way to completing a 3-0 sweep of Pakistan in their badminton campaign opener at the 22nd Commonwealth Games here on Friday.

The duo of B Sumeeth Reddy and Machimanda Ponnappa started the proceedings with a comfortable 21-9 21-12 win over Muhammad Irfan Saeed Bhatti and Ghazala Siddique in their mixed doubles clash at the National Exhibition Centre.

After the Pakistan pair appeared to put up a fight in the second game, Reddy finished the match with a down-the-line smash, and then, Kidambi Srikanth picked up from where his mixed doubles colleagues left, easily getting the better of Murad Ali 21-7 21-12 in the men's singles match.

The gulf in class was evident as the Pakistanis struggled to match the high standards set by the Indians.

Then, it was the turn of double Olympic medallist P V Sindhu to grab a dominant win over Mahoor Shahzad in women's singles. The champion Indian shuttler won 21-7 21-6.

In the fourth match, which was the men's doubles contest, Satwiksairaj Rankireddy and Chirag Shetty got the better of Murad Ali and Muhammad Irfan Saeed Bhatti.

Unlike in the first three matches, Pakistan tried to take the fight to the Indians but soon, the duo of Rankireddy and Chirag found their bearings and emerged 21-12 21-9 winners.

In the concluding women's double match, India's Treesa Jolly and Gayatri Gopichand crushed Mahoor Shahzad and Ghazala Siddique 21-4, 21-5 to complete the rout on a dominant note.