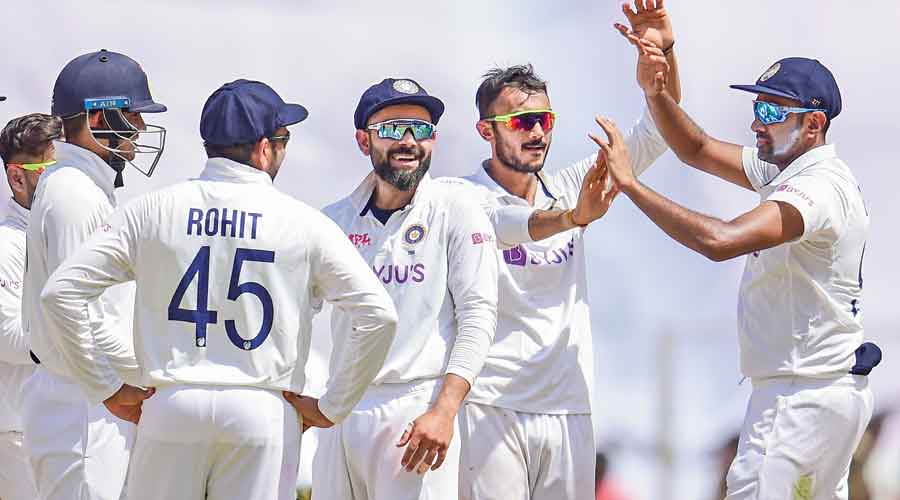 Resounding victories against Australia (2-1) and England (3-1) in the recent past have a major contribution in keeping India on top.
File picture
Prabhjeet Singh Sethi   |   Published 13.05.21, 07:04 PM

Even if the Indian Premier League ran into a speed breaker, there’s something to cheer about for cricket fans in India.

Resounding victories against Australia (2-1) and England (3-1) in the recent past have a major contribution in keeping India on top.

A notable shift is Australia’s slide from the third to fourth position, while England have managed to jump to the third spot with a rating of 109.

India and New Zealand remain the top two sides after the annual update of the @MRFWorldwide ICC Test Team Rankings.

Despite gaining three points, Pakistan remain in the fifth spot, while the West Indies have secured their best ranking since 2013, reaching the sixth position after recently beating Bangladesh and registering a draw versus Sri Lanka.

World No.1 India and second-placed New Zealand will face each other in the World Test Championship final from June 18 in Southampton. While the Board of Control for Cricket in India (BCCI) announced a 20-member squad, including four standby players, New Zealand had announced their squad in the first week of April.

After playing New Zealand in the WTC final, India will take on England in five Test matches in August and September.