India chase Sri Lanka total like a stroll in the park 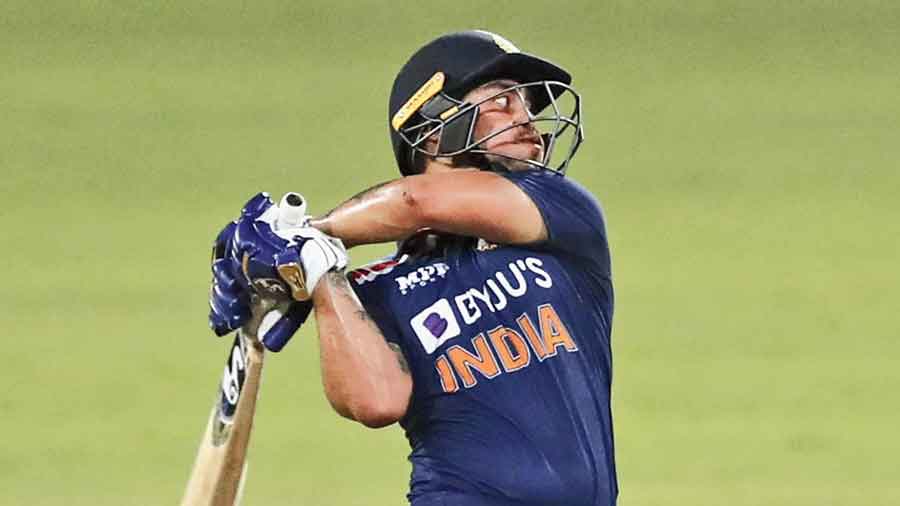 Even an under-strength India without some of their white-ball regulars are good enough for Sri Lanka. That’s what the Shikhar Dhawan-led side showed in the opening game of their limited-overs tour of the island nation, romping to an emphatic seven-wicket win in the first ODI at the Premadasa in Colombo on Sunday.

Prithvi Shaw’s 24-ball 43 at the top followed by debutant and birthday boy Ishan Kishan’s 59 off 41 balls made the task ridiculously easy for India, who were tasked to chase down a total of 263. Thereafter, captain Dhawan (86 not out) and Manish Pandey batted calmly enough to ensure India were well on track to seal the game before the other debutant, Suryakumar Yadav, sprayed shots all around the park to take the visitors home with as many as 80 balls to spare.

After Sri Lanka won the toss and finished at 262/9, Prithvi gave India a flying start, finding the gaps with ease, thanks to his immaculate timing and placement and of course, his superb hand-eye coordination. Prithvi cashed in on anything that gave him some room or had even a bit of width.

He certainly deserved a half-century at least, but as has been the story often in the past, Prithvi’s recklessness had the better of him.

Kishan then began from where Prithvi had left off. Facing the very first ball of his ODI career, he launched Dhananjaya de Silva for a six and then hit an off-drive off the next ball that yielded him a four. If Prithvi’s cameo was all about timing, Kishan’s knock was characterised by his power-hitting. Sri Lanka’s spinners bowled a shade better than their quicks, but for the left-handed Kishan, there were no half measures whenever the likes of Dhananjaya and Lakshan Sandakan pitched the ball up.

Kishan didn’t last too long after going past his 50, but the platform Prithvi and he had laid with skipper Dhawan holding up one end, his departure did little to worry India.

Earlier, Yuzvendra Chahal and Kuldeep Yadav, playing in the same XI for the first time since India’s clash versus England in the 2019 World Cup, did reasonably well to restrict Sri Lanka on a flat, slow wicket.

Wicketkeeper-batsman Sanju Samson could be ruled out of India’s ongoing tour as he sustained a knee ligament injury during a training session, which made him unavailable for the first ODI.

“Sanju Samson sprained a ligament in his knee and was hence not available for selection for this game. The medical team is tracking his progress at the moment,” said a BCCI statement.

The extent of Samson’s injury is yet to be known.

“It takes almost three weeks or so to recover from a Grade 1 injury. So that means even if it’s Grade 1, he’ll still not be able to take part in the remainder of this tour,” said a Board source.

India’s tour ends with the third and final T20I on July 29.