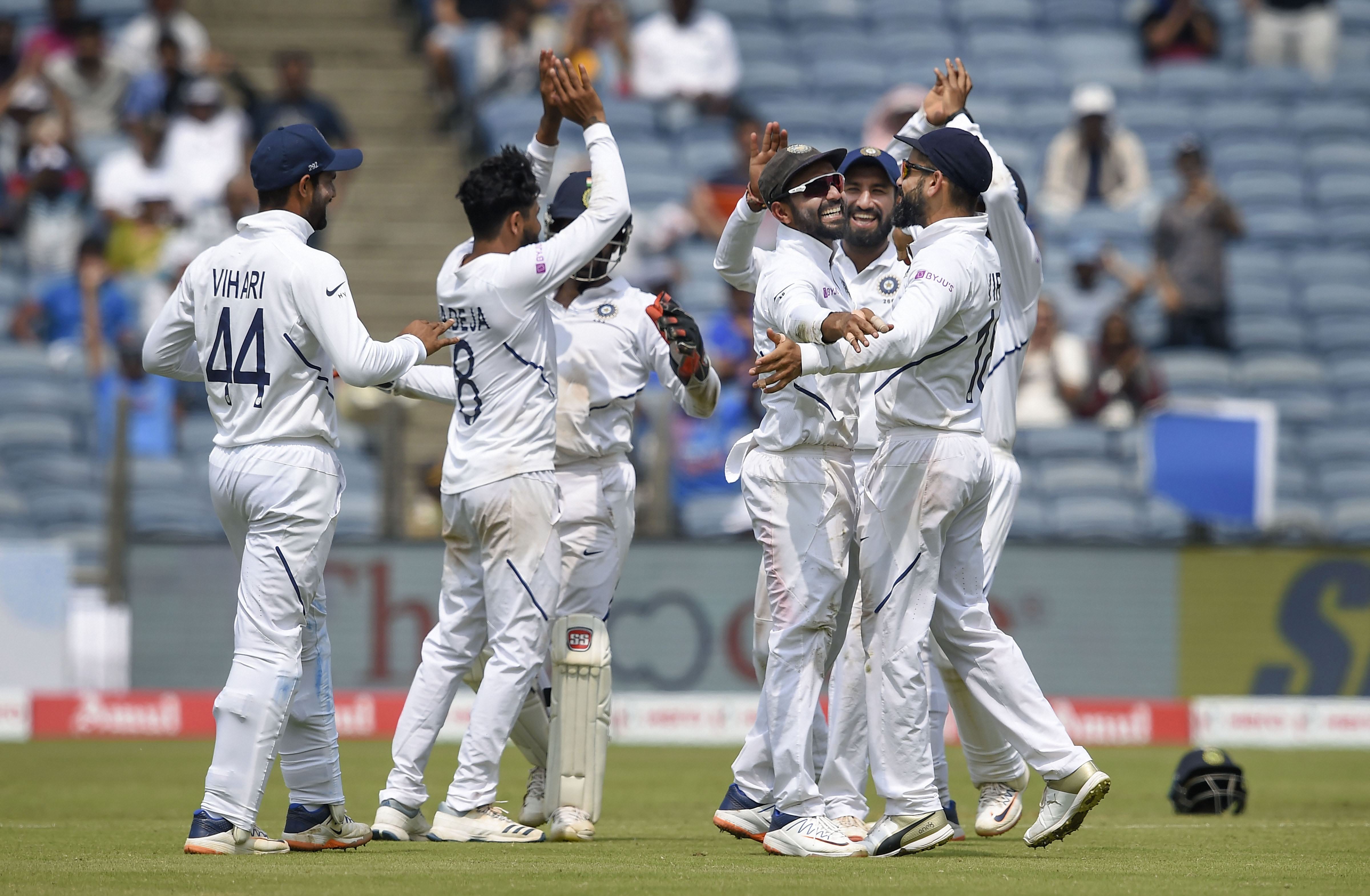 India won the second Test against South Africa by an innings and 137 runs to seal the three-match series with a game to spare, in Pune on Sunday.

India had won the series-opener in Bengaluru by 203 runs.

Following on, South Africa were all out for 189 in their second innings in the final session of day four.

India scored a mammoth 601 for five in their first innings with skipper Virat Kohli leading the side with a majestic double hundred.

The third and final Test will be played in Ranchi from October 19.

South Africa will return to India next year to compete in a three-match ODI series, beginning in Dharamsala on March 20.