India-Australia women’s T20I series: Ready for win ‘at any cost’

As the two teams engage in what will only be the third bilateral T20I series, India are expected to challenge Australian dominance in the game’s shortest format 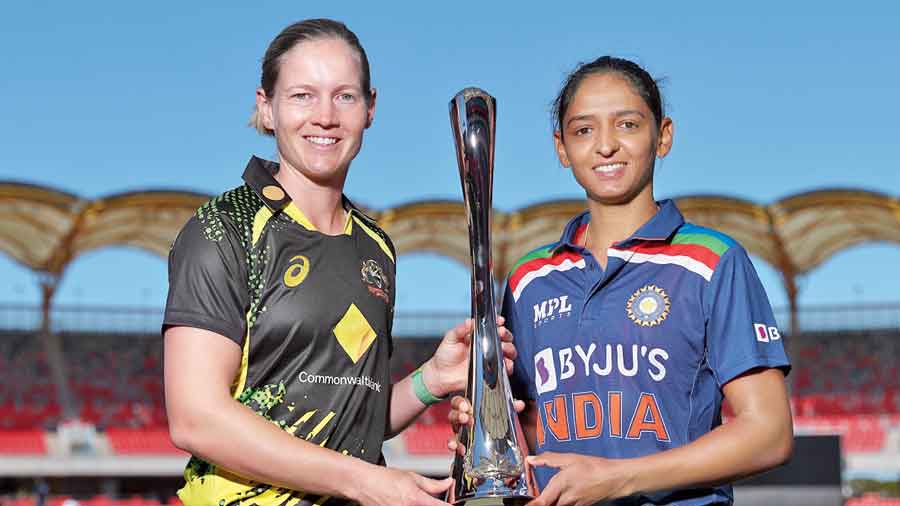 Almost 18 months ago, Australia defeated India in front of a record crowd at the MCG to retain the T20 World Cup trophy and stamp their unparalleled supremacy in the format.

As the two teams engage in what will only be the third bilateral T20I series, India are expected to challenge Australian dominance in the game’s shortest format.

India will be boosted by the presence of T20I captain Harmanpreet Kaur, who will be back into the side after missing the ODIs and one-off Test match Down Under because of a thumb injury.

Harmanpreet on Wednesday vowed to go all out against Australia in the three-match series, saying they need to win it at all cost.

India have lost the three-match ODI series 1-2 before drawing the historic pink ball Test on this tour.

“It is unfortunate that I missed the ODIs and Tests but if I had more days between the ODIs and the Test match, I could have recovered and played. But it is past now,” Harmanpreet said on the eve of the first T20I in Gold Coast on Thursday.

“We now just want to go all out and win the series at any cost. These three matches are very important for us.”

Harmanpreet said getting an opportunity to play all three formats during a tour is a great sign for women’s cricket as a whole.

“Earlier we used to play mostly ODIs and T20s but now we are getting the opportunity to play all the three formats which is good for us. I feel everybody should get equal opportunity,” she said.

“Before this series we played against South Africa and England after almost a year but I can say that we  are now in great shape. Playing back-to-back cricket helps in improvement of the team in all fields.”

Harmanpreet said it was tough for any player to play cricket amid the pandemic while living in bio-secure bubbles. “We didn’t get to play cricket for the last one year and then we got the opportunity. But it was tough to live in bio-bubbles, spending long time away from friends and family and follow all rules and regulations. But that is how it is,” she said.

But Harmanpreet will not be the only one who will be back after a break. Shikha Pandey, expected to lead the pace attack in the absence of veteran Jhulan Goswami, and Jemimah Rodrigues, back among runs in the shortest format, have so far warmed the bench and are expected to play a key role.

Jemimah hasn’t had the best of time with the national team but will take confidence from her impressive showing in ‘The Hundred’.

The bouncy Australian pitches will facilitate Jemimah’s free-flowing game, something that her captain would also look to make use of, as she too is a natural stroke-maker. The same applies for Smriti Mandhana.

A plethora of all-rounders makes Australia a formidable outfit in the shorter formats but this Indian team have the wherewithal to rattle the hosts.

Australia captain Meg Lanning is confident that a couple of her multi-skilled young stars can make an impact with the bat. Australia are set to hand a T20I debut to in-form all-rounder Tahlia McGrath.