Inconsistent Arsenal fall to their fourth defeat this season 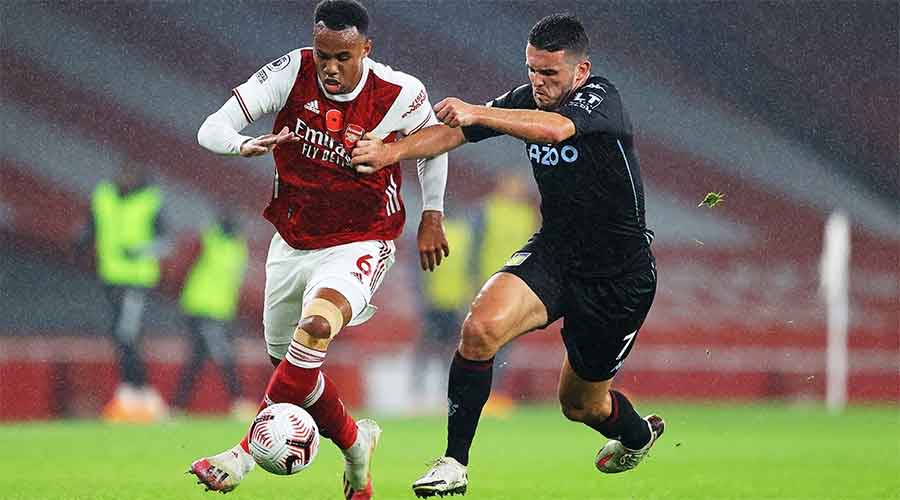 Arsenal boss Mikel Arteta said he expects a strong response from his players when they return to Premier League action following their 0-3 home defeat by Aston Villa on Sunday.

Ollie Watkins scored twice in the second half after Bukayo Saka’s own goal after 25 minutes as inconsistent Arsenal fell to their fourth defeat from eight matches this season to sit 11th in the table with 12 points.

“I’d like to have a game tomorrow morning to get this one out of the system. But... in difficult and bad moments, you get a lot of things,” Arteta told the club website on Sunday. “I want to see how people react, how players react and if we start to blame each other or if we just look at ourselves in the mirror and then try to become much better than what we’ve shown tonight (Sunday), which we are.

“Then, after that, get everybody back together and get the fighting spirit, the belief and the commitment that we’ve shown since I got here, into every game.”

Arsenal great Ian Wright said that it was among the worst performances he had seen from an Arsenal side.

“It was poor in every department. They need to break the lines, they need space to hit the ball into, they were dithering on the ball,” Wright told the BBC.

“It was a million miles away from the performance against Manchester United (where they won 1-0). They were streets ahead of us.”

Aston Villa boss Dean Smith said there was more to come from his vibrant side after the win lifted them back into sixth spot.

Villa only won two away games last season but have already claimed three away wins this time, with massive improvements at both ends of the pitch.