Japan too is not making any preparations to postpone the Olympics, the government’s top spokesman said 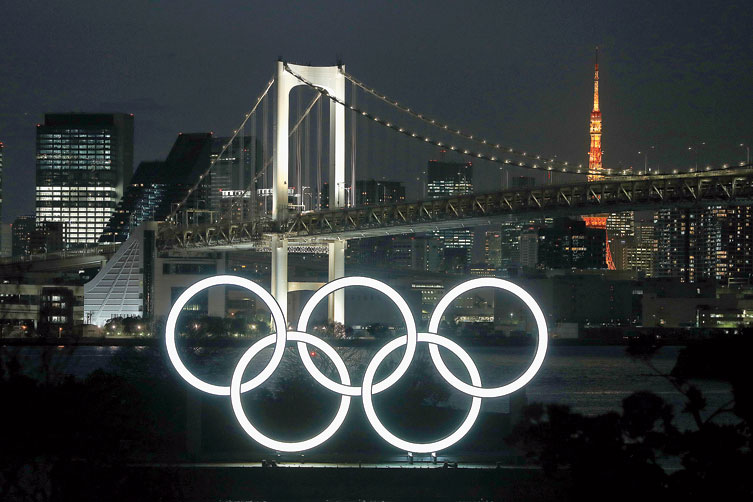 Facing their strongest headwinds in decades, Olympic chiefs acknowledged on Wednesday there was no “ideal” solution to staging the Tokyo Games even as voices of dissent grew louder amid the coronavirus pandemic.

“This is an exceptional situation which requires exceptional solutions,” an International Olympic Committee (IOC) spokesperson said after criticism from top athletes that they were being forced to take health risks should the July 24-August 9 Games go ahead as scheduled.

“The IOC is committed to finding a solution with the least negative impact for the athletes, while protecting the integrity of the competition and the athletes’ health.

“No solution will be ideal in this situation, and this is why we are counting on the responsibility and solidarity of the athletes.”

Later in the day, the IOC released a statement quoting its president Thomas Bach. In the statement made after a “really great” and “very constructive” conference call with 220 athletes representatives, Bach said the IOC heard their concerns on health and preparation.

“Everybody realised that we have still more than four months to go and we will address this action, and we will keep acting in a responsible way in the interest of the athletes,” Bach said.

Japan too is not making any preparations to postpone the Olympics, the government’s top spokesman said on Wednesday.

“We’re not making any adjustments to postpone the Games,” chief cabinet secretary Yoshihide Suga told parliament when asked by a lawmaker whether the government was making plans to cancel or postpone the event.

His comments come amid mounting concerns about whether the Games can proceed as planned, with the rapidly spreading virus spooking financial markets and bringing business and social activity around the world to a standstill.

Many sports events, including football’s Euro 2020 and Copa America and the French Open tennis Grand Slam, have been postponed.

Japanese Prime Minister Shinzo Abe said on Tuesday that Group of Seven leaders had agreed to support a “complete” Olympics, but dodged questions about whether any of the leaders had brought up the possibility of postponement.

The virus has already wreaked havoc with Olympic qualification tournaments, with athletes struggling to train, travel or compete and many pre-Games qualifiers cancelled or postponed.

Tokyo is set to host some 11,000 athletes and 57 per cent have already earned their spot at the Games. The remaining 43 per cent will clinch their place through modified qualifiers, or previous performances based on ranking.

The IOC has received backing from Panam Sports, the organisation representing 41 national Olympic Committees (NOCs) in the Americas.

“The Panam Sports family unanimously supports the IOC with all the measures taken... to address the issues facing the NOCs and athletes in the current qualification opportunities,” Panam Sports president Neven Ilic said after the briefing via conference call on Wednesday.

IOC member Hayley Wickenheiser called the decision to proceed with the Games “insensitive and irresponsible”.

Wickenheiser, who competed in five Winter Games in ice hockey and at the 2000 Summer Olympics in softball, said continuing with the Games as planned ignored the challenges posed by the pandemic.

“This crisis is bigger than even the Olympics,” Wickenheiser said in a statement on Twitter.

“I think the IOC insisting this will move ahead, with such conviction, is insensitive and irresponsible given the state of humanity.”

She is not alone. Several athletes, including reigning Olympic pole vault champion Katerina Stefanidi, said the IOC decision was putting athletes’ health at risk, urging them to train as normal when entire countries have shut down.

“There is no postponement, no cancellation. But it (the IOC) is putting us at risk,” Stefanidi said in an interview with Reuters.

“We all want Tokyo to happen but what is the Plan B if it does not happen?