The first bowler who made his Test debut against India last December, picked up his first wicket by removing Pope on opening day for England, before dismissing Root 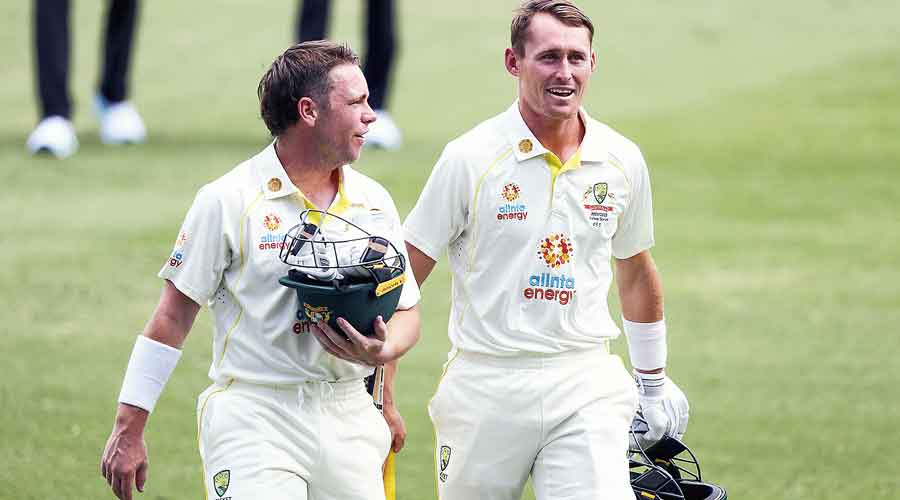 New Australian captain Pat Cummins described all-rounder Cameron Green as a genuine pace bowler, while teammate Nathan Lyon said he was excited by the
22-year-old’s skill set after their nine-wicket victory over England in the Ashes opener on Saturday.

Green, who made his Test debut against India in Adelaide last December, picked up his first wicket by removing Ollie Pope on a disappointing opening day for England, before dismissing the dangerous Joe Root for 89 in the second innings.

“It’s huge for us, not only having an all-rounder who bowls a bit but he’s a genuine fourth quick,” said Cummins, adding that the team was witnessing Green’s full potential after repeated stress fractures over the last four years.

“Last summer was tough, it was literally straight after stress fractures, so not only did we not want to put too many overs into him, but little things like preparing for games and getting overs, he didn’t have a lot of bowling behind him.

“This year he’s had a real pre-season, bowled a bit more in Shield cricket, so he’s back to what he was probably bowling a couple of years ago.
“He’s a huge asset, bowls 140kmph, can swing the ball and I really wanted to get him into the game.”

Cummins, in his first match as skipper, said he thought someone was smiling over him. “A lot of things did go right, probably from the toss,” the 28-year-old said. “I thought it was a really complete performance. I was really happy that just about everyone fired.”

Lyon, who captured his 400th Test wicket during the game, seemed pleased with his performance. “It was incredible,” he said. “Amazing crowd and to tick off a personal milestone is fantastic but even better to top it off with a pretty outstanding win.”

Lyon too said Green’s display was remarkable. “Just to be fielding square of the wicket… I’m used to seeing Josh (Hazlewood), Pat and Mitchell Starc hit the wicket and the pace and bounce that they get,” Lyon said.

“I was blown away with Green’s rhythm and the belief that he’s come in with (and the way he) whacked the pitch to get something out of it.

“I’m proper excited about his skill set. His belief will keep growing day by day... he’s going to be an unbelievable asset for Australian cricket for a long period of time,
hopefully.”

England have been fined their entire match fees and docked five World Test Championship points for maintaining a slow over-rate during the first Ashes Test, the ICC said on Saturday.

Joe Root’s side were ruled to be five overs short of the target after time allowances were taken into consideration, with match referee David Boon imposing the sanction.
Players are fined 20 per cent of their match fee for every over their side fails to bowl in the allotted time, while the team is penalised one point for each over short.