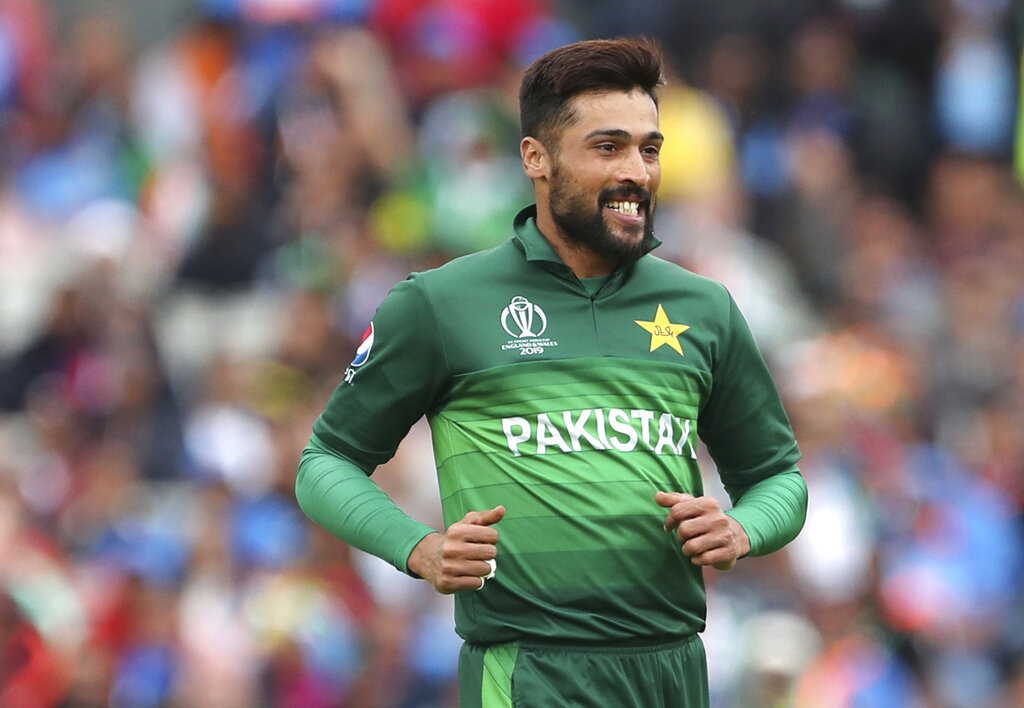 Pakistan’s left-arm pacer Mohammad Amir, who was once destined to rule Test cricket but fell by the wayside after a match-fixing scandal, quit the format on Friday, but said he would continue playing limited-overs cricket for his country.

The 27-year-old had been indicating for some time now that he wanted to focus on white-ball cricket.

In a statement issued by the Pakistan Cricket Board, Amir, who bagged 119 wickets in 36 Tests, said: “It has been an honour to represent Pakistan in the pinnacle and traditional format of the game. I, however, have decided to move away from the longer version, so I can concentrate on white ball cricket.”

“The retirement hasn’t come as a surprise to us since he had more or less decided that he would quit Test cricket after the World Cup. His fitness had been hampered on a few occasions because of the workload of playing all three formats. That is why he decided to focus on the shorter version of the game,” Sohail told The Telegraph.

Amir too harped on the workload, saying he was a human being and not a machine while referring to the non-stop cricket he had played since returning to the Pakistan team after the end of his five-year ban for spot-fixing in 2015.

Last year, he had informed head coach Mickey Arthur about his wish, but was told to carry on till the World Cup.

“Playing for Pakistan remains my ultimate desire and objective, and I will try my best to be in the best physical shape to contribute in the team’s upcoming challenges, including next year’s ICC T20 World Cup,” Amir said.

“It has not been an easy decision to make and I have been thinking about this for some time. But with the ICC World Test Championship commencing shortly, and Pakistan boasting of some very exciting young fast bowlers, it is appropriate that I call on my time in Test cricket so that the selectors can plan accordingly,” he added.

Sohail though has been surprised by Amir’s decision to concentrate only on the limited overs version.

“Generally we see players quitting the limited overs game to concentrate on Test cricket. That is because of the general impression that Test cricket is the ultimate for any player. But now things are obviously different,” the former captain said.

Is it a sign of the times in the days of T20 leagues mushrooming all over the world? “Looks like it is,” was Sohail’s reply.

Speaking to a cricket specific website, Amir lamented the years he lost owing to the ban.

“Cricket is different since 2010 and if you look back I have lost five precious years of my career,” Amir said. “Just imagine had I played in all those years, the count could have been 70-80 Tests.

“I can’t roll back that lost time but I can manage my workload to extend my career as much as I can. With every passing day I’m getting older and I know fans want me to play. But if you look rationally I’m human and not an iron man. My passion is still there and I want to be there for fans, serving the country for a long time.”