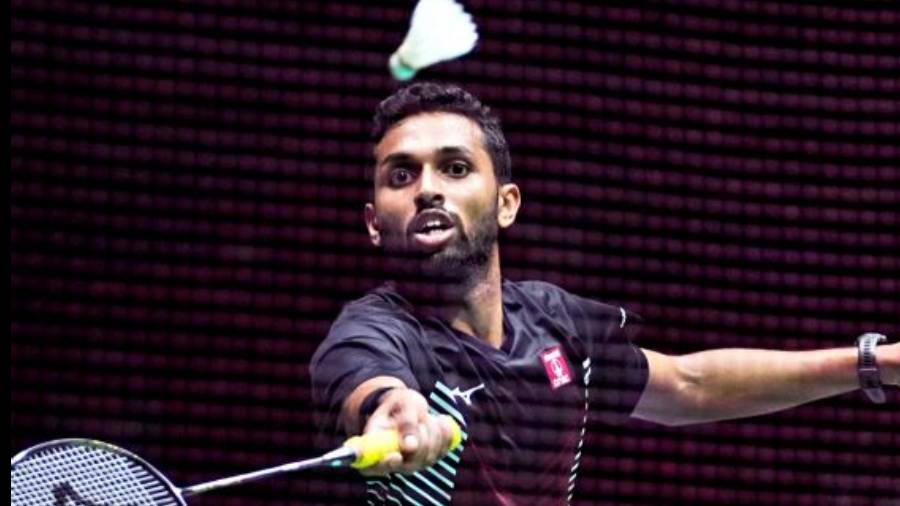 India’s HS Prannoy staged a spirited comeback to beat compatriot and CWG champion Lakshya Sen to enter the singles quarter finals while the men’s doubles duo of Dhruv Kapila and MR Arjun continued their impressive run to make the last-eight stage at the World Championships here on Thursday.

It was a gruelling one hour and 15 minute battle between Lakshya and Prannoy who eventually eked out a 17-21, 21- 16, 21-17 win. It was the fourth meeting of the year for the two and after Prannoy’s win, their head-to-head record stands at 2-2.

The 32-year-old went down 17-21, 21-16, 13-21 to her Thai opponent, who extended her head-to-head record against the Indian to 5-3. Saina was immediately put under pressure by Ongbamrungphan as she raced to 11-3 in the opening game. The two-time World Championship medallist was able to bridge the gap to 17-19 but Ongbamrungphan held her nerve to take the first game.

The late surge in the previous game gave Saina confidence as the former world No.1 led 11-7 at the break. Playing aggressively, she continued to dictate terms, forcing the match into  the decider. The third game was played on an even keel until the interval, but Ongbamrungphan started to gain momentum and opened up a five-point lead as Saina slowly started losing steam.

In the end, the 26-year-old Ongbamrungphan, who has now won the last five matches against Saina, had seven match points as she sealed her quarter-final berth. The unseeded Indian duo of Arjun and Kapila had to toil hard for 58 minutes as they came from behind to win the round-of-16 clash against Terry Hee and Loh Kean Hean of Singapore 18-21, 21-15, 21-16.

The two have enjoyed a good run in the tournament. They had upstaged eighth seeds and last edition’s bronze medallists Kim Astrup and Anders Skaarup Rasmussen of Denmark 21-17, 21-16 in their second-round match. Satwik and Chirag, on the other hand, breezed past the Danish pair of Jeppa Bay and Lasse Molhede 21-12, 21-10 in 35 minutes.

Arjun and Kapila will cross swords with the third-seeded Indonesian pair of Mohammad Ahsan and Hendra Setiawan in the last-eight stage while Satwik and Chirag will take on second seeds Takuro Hoki and Yugo Kobayashi of Japan in the quarters.