Justice Rekha Palli further said that if warranted, the Union sports ministry may look into TTFI’s affairs as well 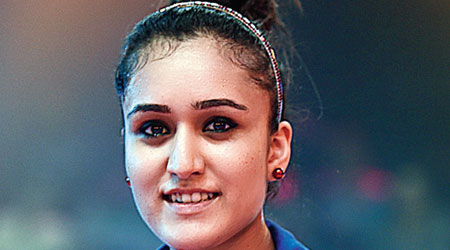 Delhi High Court on Thursday stayed the Table Tennis Federation of India (TTFI)’s mandate on compulsory attendance at the national coaching camp in order to be selected for any upcoming international event and asked the Centre to conduct an inquiry into Manika Batra’s complaint against the sports body.

Justice Rekha Palli further said that if warranted, the Union sports ministry may look into TTFI’s affairs as well.

Justice Palli was hearing a plea by Manika, who was left out of the Indian contingent for the upcoming Asian Table Tennis Championships and has alleged that national coach Soumyadeep Roy “pressurised” her to “throw away” an Olympic qualifier match in favour of one of his personal trainees.

The judge said the mandatory attendance rule has been enforced “at a point when there was a complaint pending against the national coach” and the same “does not inspire confidence”.

The court also expressed “anguish” at the manner in which a committee, constituted by the federation to look into the allegations against Roy, was reconstituted after it sought the Centre’s stand on the issue.

“They are overreaching the court. I will issue a notice of contempt. I pass an order and you appoint a new person. This is shocking...,” the judge stated. “I am of the view that the operation of the rule is required to the stayed till the next date of hearing. Respondent no. 2 (sports ministry)...is itself inclined to hold an inquiry into the serious allegations by the petitioner. There is no reason why respondent no 1 (federation) should continue with its rule,” she ordered.

The court directed that the Centre’s inquiry report be placed before it in four weeks.