An economics scholar from the Punjabi University, Patiala, the 31-year-old collected three shoot-off wins on the day starting with his triumphs in the opening rounds 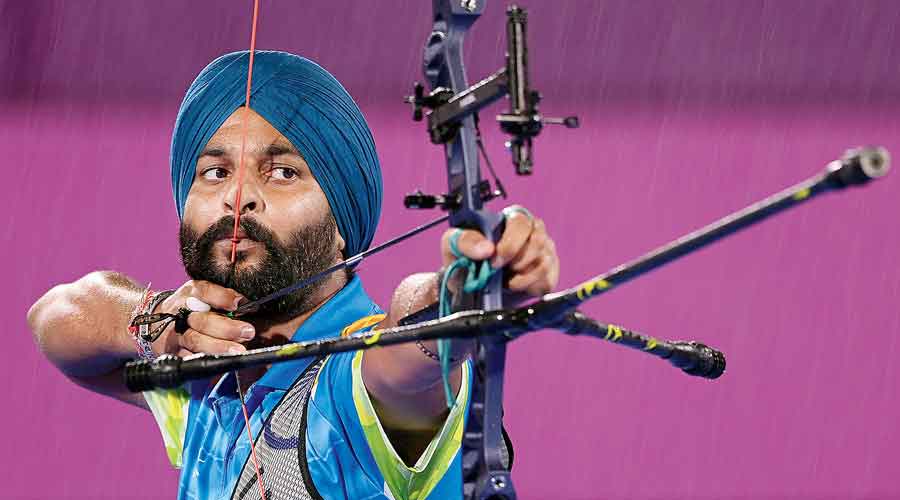 Harvinder Singh on Friday claimed India’s first-ever archery medal at the Paralympics, holding his nerves to get the better of Kim Min Su of Korea in a thrilling shoot-off for the men’s individual recurve bronze at the Games in Tokyo.

World No. 23 Harvinder collected three shoot-off wins on the day starting with his triumphs in the opening rounds.

A gold medallist at the Asian Para Games in 2018, Harvinder, who is pursuing a PhD in economics from the Punjabi University in Patiala, developed interest in archery after watching the 2012 London Olympics.

Outstanding performance by @ArcherHarvinder. He displayed great skill and determination, resulting in his medal victory. Congratulations to him for winning a historic Bronze medal. Proud of him. Wishing him the very best for the times ahead. #Paralympics #Praise4Para pic.twitter.com/qiwgMfitVz

The third medal of the day for the nation. 💪#Tokyo2020 #Paralympics @ArcherHarvinder pic.twitter.com/dwWTh2ViZN

In the Tokyo semi-finals, he lost to world No. 10 Kevin Mather of the US.

In the first round of 32, Harvinder squandered a 4-0 lead against Stefano Travisani after shooting a seven in the third set as his Italian rival made it 5-5 to force a shoot-off.

The Indian clinched the issue in style, shooting a perfect 10 in the tie-breaker. In the last-16, Harvinder pipped former world No. 1 Bato Tsydendorzhiev of Russia 6-5 (8-7).

In the quarters, Harvinder, whose father had turned his farm into a practice range during the lockdown, swept aside 49-year-old three-time Paralympian Maik Szarszewski of Germany, 6-2, dropping just one set.

#Bronze Harvinder Singh, you beauty. What a thriller, what a match. 1st #IND to win a medal in #ParaArchery

Hits bulls eye 🎯 in shoot off against the Korean (8-10). Amazing comeback after almost losing it to the Korean. #Praise4Para pic.twitter.com/pRjPgsiXuZ

Pramod Bhagat and Palak Kohli qualified for the para badminton mixed doubles finals, while three singles players also made it to the last-four stage.