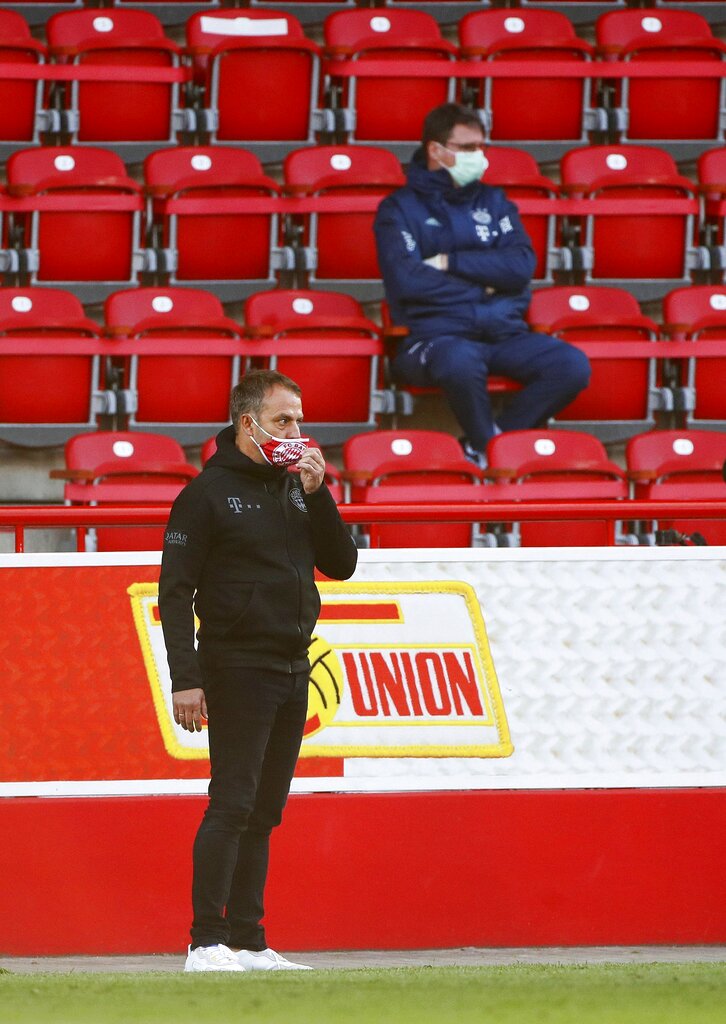 Bayern Munich players must work harder to motivate each other to maintain a winning mentality while playing in empty stadiums, coach Hansi Flick said on Friday.

The Bundesliga became the first major sports league to restart last week after more than two months following an easing of Covid-19 pandemic restrictions in Germany, but games are played without fans for health safety reasons.

“What is decisive is mentality. Obviously it is an advantage if you have higher quality on the pitch but this is a situation which is not very easy,” Flick, speaking in a virtual news conference, said of the empty stadiums.

“It is key that you bring that mentality to the pitch. It is important that the team pushes itself so as to cover the level of motivation that has gone missing with the empty stands.”

Bayern, who host Eintracht Frankfurt at the Allianz Arena on Saturday, are chasing a record-extending eighth consecutive Bundesliga title and are four points ahead of second-placed Borussia Dortmund.