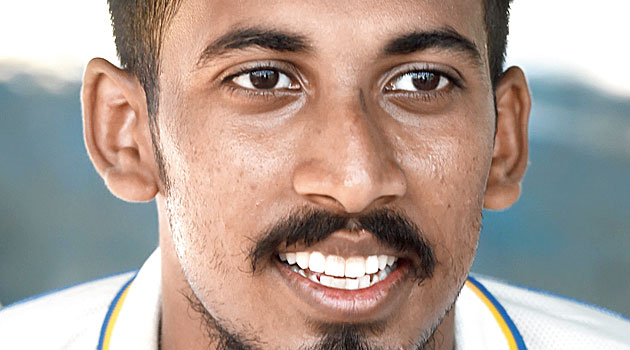 Ishan Porel’s exposure trip as a net bowler for Team India in Australia may be cut short as an injury cloud looms over the pacer.

According to sources, the young bowler has sustained a hamstring injury and although nothing has been confirmed by the Board of Control for Cricket in India (BCCI), a possibility of Porel coming back home from Sydney, where the Indian contingent is quarantining and training at present, cannot be ruled out.

Porel, who played an important role for Bengal in their runners-up finish in last season’s Ranji Trophy, didn’t feature in any of the matches for Kings XI Punjab in this year’s IPL in the UAE, but it seems the injury is a result of too much net bowling for his franchise.

“Though he played no part in any of the matches, Ishan had to bowl a lot at nets. The reserve bowlers or those who aren’t regulars in the XI have to slog it out at the practice sessions, which is a usual practice for these franchises.

“In Ishan’s case, over-bowling at nets is certainly one of the reasons behind sustaining this hamstring injury,” said a former franchise official.

According to another well-placed source, Porel’s hamstring was not hundred per cent okay before he boarded the Sydney-bound flight. “There were some issues with his hamstring during the IPL itself. Back then, it didn’t seem too serious as he even bowled in India’s practice sessions in Australia.

“But then it appears to have taken a serious turn,” the source said.

Quite a few players, including Rohit Sharma and Wriddhiman Saha, suffered injuries during the IPL and missed matches.

Monitoring players’ workload and being in constant communication with the BCCI is necessary on the part of the support staff of the franchises, former India strength and conditioning coach Ramji Srinivasan emphasised.

“Onus is on the franchise support staff to communicate to the BCCI how well they have monitored every aspect of the players’ fitness, what remedial measures have been taken to prevent injuries and even if anyone’s injured, how he can come back quicker,” Ramji explained.