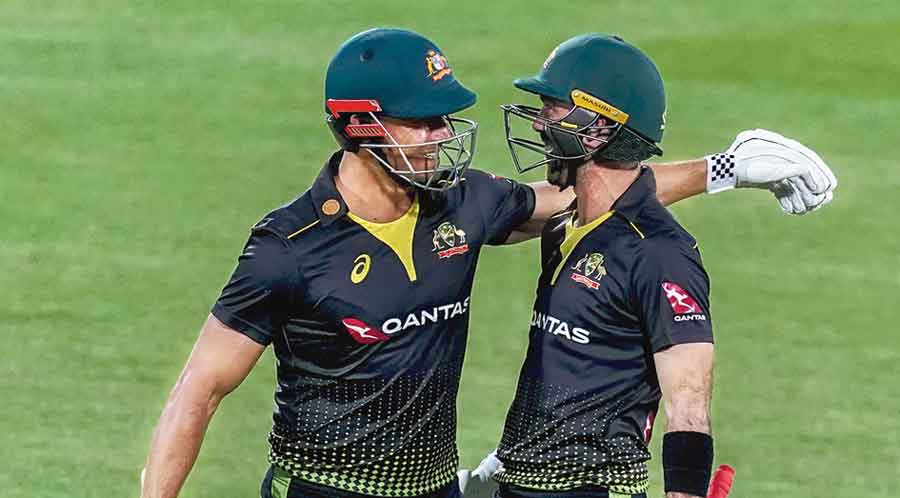 IPL side Royal Challengers Bangalore would be feeling relieved as its mega-buy Glenn Maxwell struck a whirlwind 31-ball 70 to power Australia to a winning total of 208 for four in the third T201 against New Zealand here on Wednesday.

Australia captain Aaron Finch, released by RCB ahead of last month’s IPL auction, shrugged off a long slump in form with a defiant half-century and Ashton Agar took six wickets as Australia won by 64 runs to keep their T20I series hopes alive.

At a closed Wellington Regional Stadium, Australia clawed back to 2-1 in the five-match series following defeats in Christchurch and Dunedin.

Maxwell, whose price tag of Rs 14.25 crore paid by RCB at the IPL auction raised many eyebrows given that he hasn’t exactly ever set the league on fire except in one season, reached his half-century from 25 balls. The highlight being 28 runs — two sixes and four fours — from one Jimmy Neesham over. His innings included eight fours and five sixes and set Australia on course to its commanding total.

The innings though got momentum from Finch, who scored 69.

Having scored a total of 13 runs from the first two matches in the wake of a dismal Big Bash League season with the bat, Finch was lucky to survive a big lbw appeal off Tim Southee on the first ball he faced.

He shook off the fright and grew in confidence in a blazing 64-run partnership with Maxwell.“It’s always nice when you contribute to a win, that’s the most important thing,” said Finch. “I suppose that partnership with Maxie allowed us to go a little bit deeper which was nice.”

After going wicketless in the first two matches, leftarm spinner Agar took 6/30, an Australian record in T20Is, to help bundle New Zealand out for 144.

The series continues in Wellington on Friday.