The 125th edition of the tournament begins on May 30. What’s at stake this year? Read on… 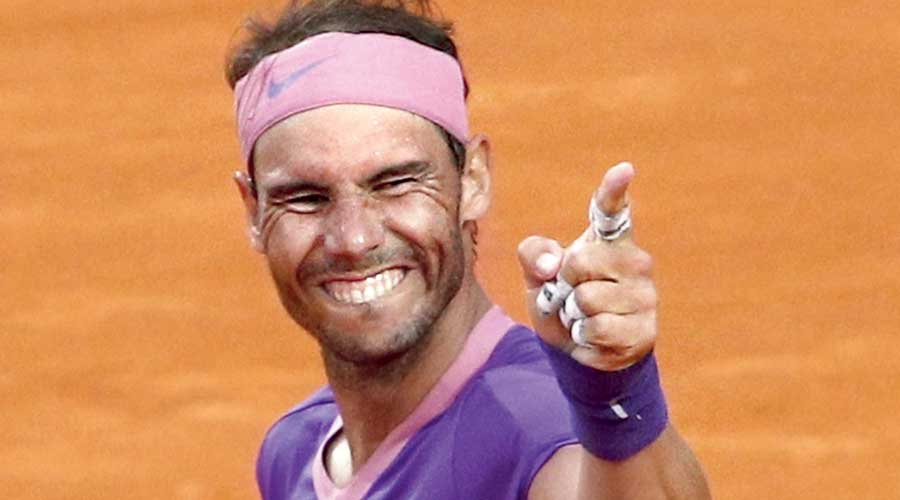 ⚫ Roger Federer 20, Rafael Nadal 20, Novak Djokovic 18 — that’s the Grand Slam title count of the Big Three. Will Federer or Nadal take sole lead in the race? Or will Novak close the gap further? Roland Garros has the answer.

⚫ Will Iga Swiatek become the first woman to retain her women’s singles crown since Justin Henin did so in 2007? Not easy. Since 2008, 11 different women have hoisted the Coupe Suzanne-Lenglen in Paris.

⚫ If Djokovic wins the title this time, he will become the first man in the Open Era to win each of the four Grand Slams at least twice. In fact, Federer too can achieve the same feat if he lifts the trophy this year. But there will obviously be a Nadal in their way.

⚫ Not since Nadal in 2005 has a man won his maiden Grand Slam in Paris. While the 13-time champion is still a force, Stefanos Tsitsipas, Alexander Zverev and Andrey Rublev are the likely contenders for the title if Nadal slips on his favourite surface.

⚫ Serena Williams will hope to end her chase of Margaret Court’s record of 24 Grand Slam singles trophies by winning in Paris. Since returning from maternity leave in 2018, the 39-year-old has failed to touch Court, falling in four major finals.

⚫ Serena hasn’t made it past the fourth round in Paris since 2016. If she advances to the quarters this year, she will have recorded her 70th match win on Parisian clay. Sister Venus could get to a half-century if she makes it to the third round.

⚫ Naomi Osaka, who has to decided to shun the press, will be pressing for the No.1 spot in the WTA rankings by dethroning Ash Barty. To do so, Osaka has to at least reach the final in Paris, but Barty can hold on to the top spot if she manages to make the semis.

The French Open is often referred to as Roland Garros. But who was Roland Garros? Eugène Adrien Roland Georges Garros was a French aviator and a fighter pilot during World War I.

Nicknamed “The Cloud Kisser”, he is credited to be the first man to fly across the Mediterranean. He died in 1918, his plane shot down by a rival German aircraft one day before his 30th birthday.

The stadium that accommodates the French Open was named Stade Roland Garros in his memory in 1928.