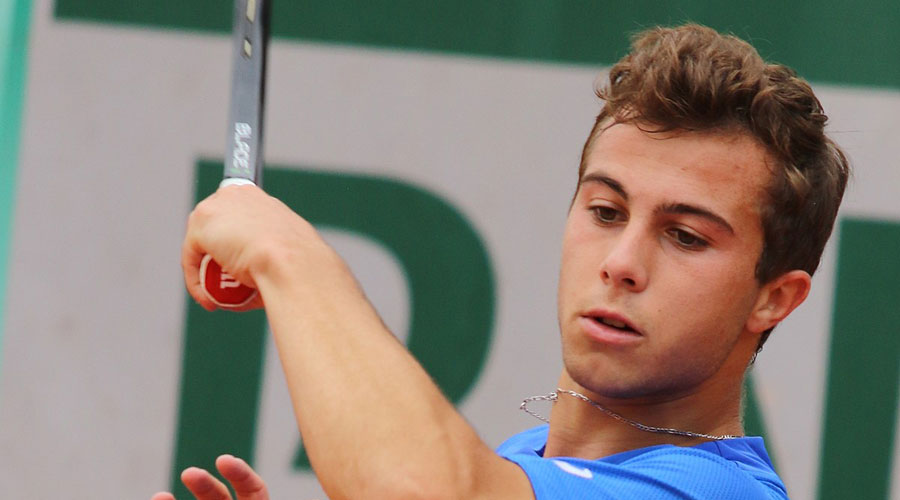 Claycourt master Rafael Nadal powered his way into the fourth round of his beloved French Open with a merciless 6-1, 6-4, 6-0 demolition of Italian Stefano Travaglia on Friday.

The second seed, looking to extend his record to 13 titles at Roland Garros and hoping to match Roger Federer’s record of 20 Grand Slam singles titles, will next meet American Sebastian Korda.

Gaston, the last Frenchman standing out of the 18 that started in the main draw at this year’s tournament, wrapped up the contest with a bagel in the deciding set against the three-time Grand Slam champion.

On the women’s side, home hope Caroline Garcia battled back to beat 16th seed Elise Mertens 1-6, 6-4, 7-5 in a third-round thriller.

Garcia, who has never quite delivered on her early career promise, was roared on by several hundred fans as she finally claimed victory on her sixth match point.

Anisimova caused a huge upset last year when she beat the Romanian, then the defending champion, in the quarter finals here, but could not reproduce that form as she received a 54-minute clay court lesson.

Halep made only seven unforced errors and waited for the 19-year-old Anisimova to make mistakes. She made 32.

Ukrainian third seed Elina Svitolina advanced into the fourth round with a no-nonsense 6-4, 7-5 victory against Russia’s Ekaterina Alexandrova.

Third seed Dominic Thiem was not at his best but still had enough firepower to see off the challenge from Norway’s Casper Ruud with a 6-4, 6-3, 6-1 win.

The US Open champion, who has lost the last two finals at Roland Garros to Rafael Nadal, struggled with his serve in the opening set, facing six breakpoints, but improved as the match progressed under closed roof on Court Philippe Chatrier,.

The 19-year-old, one of four teenagers to reach the third round, simply had too much firepower for wildcard Bouchard as she struck 30 winners on a damp and heavy Court Simonne-Mathieu.

Bouchard, ranked 168th, reached the third round at a major for the first time since 2017, and battled hard against Swiatek but never really looked like turning it into a contest.

India’s challenge came to an end late on Thursday after Rohan Bopanna and Denis Shapovalov went down 2-6, 2-6 in a first round doubles match to Jack Sock and Vasek Pospisil.