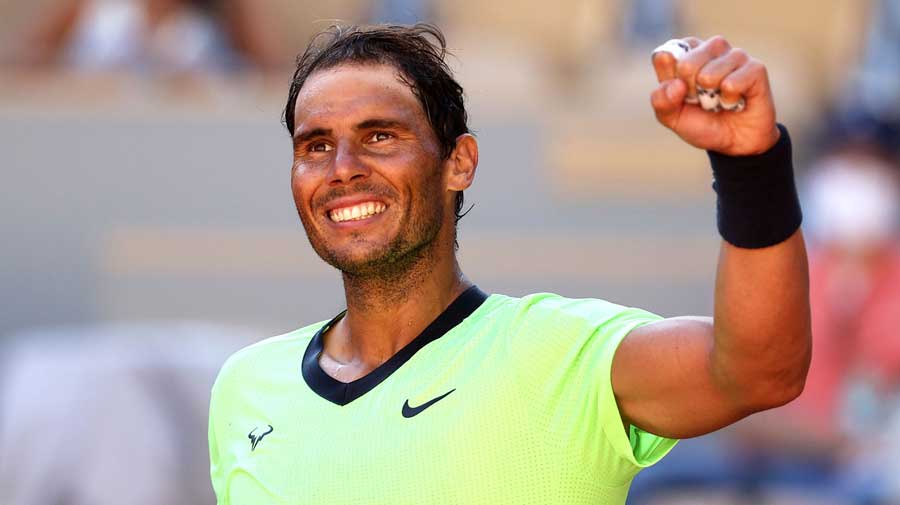 Top seed Ashleigh Barty managed to play through an injury problem and stave off an upset against Bernarda Pera with a 6-4, 3-6, 6-2 win. 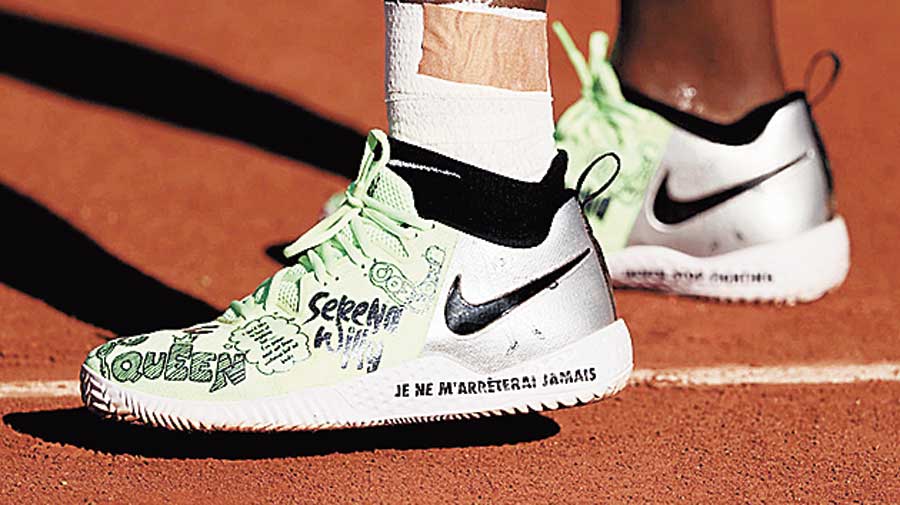 A close-up of Serena Williams’ shoes at the French Open on Monday.
Getty Images

Former champion Venus Williams exited in the first round for the fourth year running, beaten 3-6, 1-6 by Russia’s Ekaterina Alexandrova.

Following a freak accident on Sunday, Petra Kvitova has withdrawn from the tournament. “It is with great disappointment that I announce my withdrawal from Roland Garros,” the 11th seed tweeted.

India’s Rohan Bopanna and Franko Skugor of Croatia sailed into the men’s doubles second round with a 6-4, 6-2 win over Gerogia’s Nikoloz Basilashvili and Andre Begemann of Germany.

On Monday, Serena Williams won the first scheduled night session in French Open history as she beat Irina-Camelia Begu 7-6 (8-6), 6-2 under the lights. But what grabbed the attention of fans were the details on the 39-year-old’s shoes, including a range of motivational slogans and the name of her daughter Olympia.