The American was beaten 6-3, 7-5 by an inspired Elena Rybakina in the fourth round on Sunday 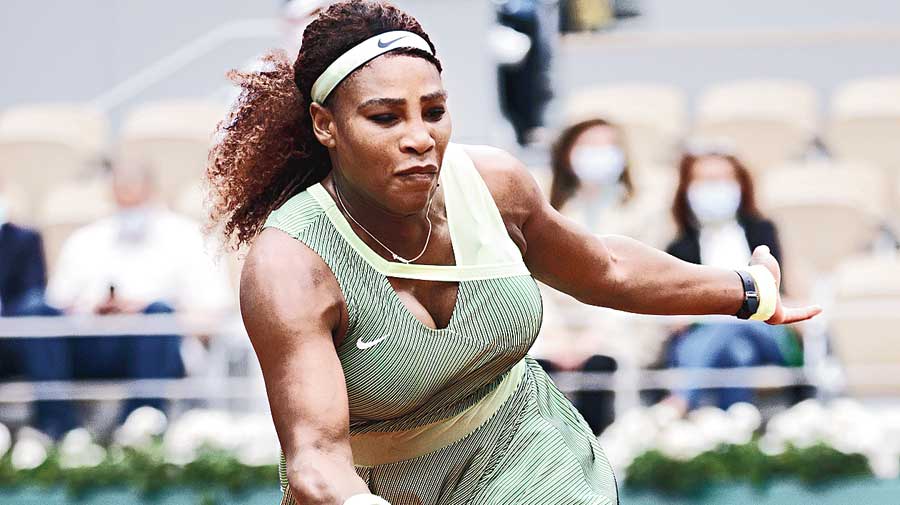 Serena Williams’ wait for a record-equalling 24th grand slam singles title goes on after the American was beaten 6-3, 7-5 by an inspired Elena Rybakina in the French Open fourth round on Sunday.

From the moment the 21-year-old Rybakina, playing in only her seventh Grand Slam main draw, held her opening two service games without dropping a point, Serena looked in peril. And then she bowed out to add yet another twist to a wildly unpredictable women’s event.

Rybakina will go on to face Russian Anastasia Pavlyuchenkova. Pavlyuchenkova rolled back the years as she reached the quarter finals for the first time since 2011 by beating former world No.1 Victoria Azarenka 5-7, 6-3, 6-2.

Paula Badosa of Spain reached her first grand slam quarter final when she beat former finalist Marketa Vondrousova 6-4, 3-6, 6-2. Badosa will take on unseeded Slovenian Tamara Zidansek. Zidansek is the first woman from her country to reach the singles quarter finals of a grand slam with a 7-6 (7-4), 6-1 victory over unseeded Romanian Sorana Cirstea.

The Russian set up a clash against Greek fifth seed Stefanos Tsitsipas, who thrashed 12th-seeded Pablo Carreno Busta of Spain 6-3, 6-2, 7-5.

India’s Rohan Bopanna and his Croatian partner Franko Skugor advanced to the quarter finals after receiving a walkover from Matwe Middelkoop and Marcelo Arevalo.