All the tickets for the qualifiers are complimentary 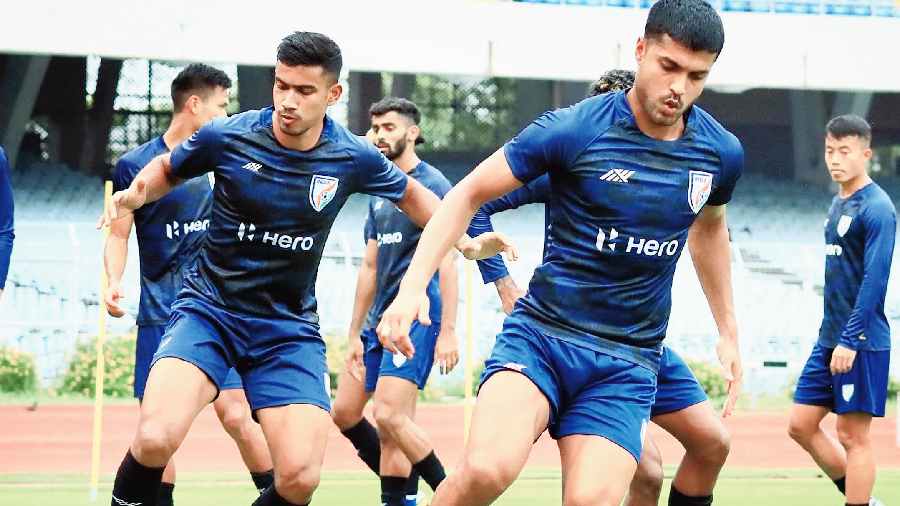 The All India Football Federation (AIFF) woke up from its slumber and said 50000 tickets would be available for Wednesday’s Asian Cup Qualifier between India and Cambodia. A meagre number of tickets available for the match were sold out online within 10 minutes on Saturday.

The impression given in the last few days was that there was hardly any interest regarding the Qualifiers to be played at the Salt Lake Stadium. But after India captain Sunil Chhetri expressed his surprise over lack of tickets during Friday’s media interaction and a prod, which later became a push, from the Committee of Administrators (CoA) on Saturday, under-fire AIFF officials realised they needed to act swiftly.

“Yes after someone brought to my notice that a very few tickets were available we spoke to the officials,” CoA member SY Quraishi told The Telegraph.

Later in the day, AIFF officials had a meeting with the state government and other stake holders and it was decided 50000 tickets would be available for Tuesday’s match. All the tickets for the qualifiers are complimentary and India’s matches will have an 8.30pm kick-off.

If the situation demands, more tickets would be issued for the matches against Afghanistan (June 11) and Hong Kong (June 14).

“With you guys behind, it’s a different level... Let the three teams play against us and plus you, that would be massive difference. If you are free please come and support us.” Chhetri said.

“Last time, when we played here (in Calcutta) we played against Bangladesh (in October 2019), there were 50,000+ of you in the stadium. I cannot tell you how happy we were... We couldn’t get a result as good as the support you gave. Apologies we didn’t do well.

“But please come again this time,” he added.

Bhaskar Ganguly, former India captain and a member of the CoA, blasted the AIFF for not issuing enough tickets and lack of publicity in the build-up to the matches.

“It’s a joke. The Indian national team is playing and AIFF says there is no interest amongst the fans! I can’t believe it. Was AIFF trying to ensure no fans come to the stadium and our rivals gain advantage? I would be curious to know.

“There is no publicity for the matches also. People are asking me if India are playing a tournament here in the city. Imagine Qualifiers start on Wednesday and this is the situation on Saturday,” Ganguly said.