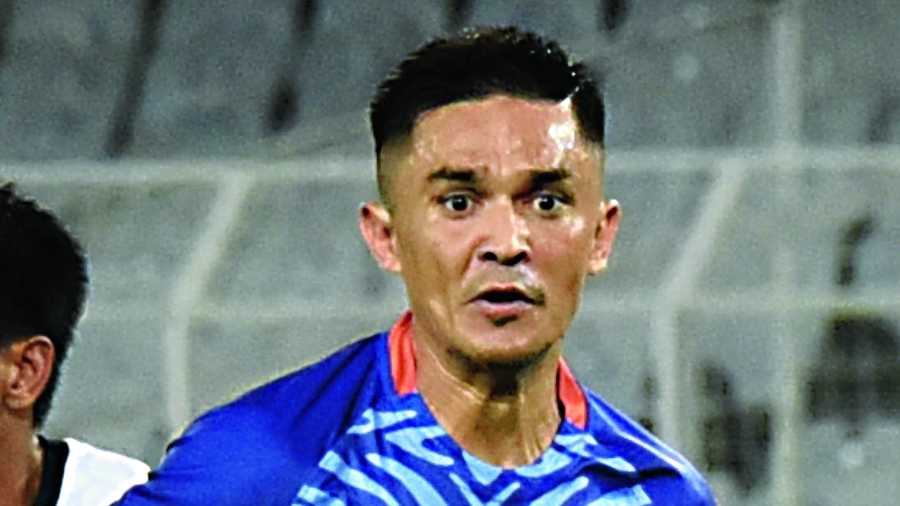 “For them to come and don the national jersey in front of these fans, I’m sure they were nervous. But they dealt with the pressure very well,” he added.

He also admitted that Wednesday’s conditions were not ideal for football. “It wasn’t easy. It was very humid. But of course, it was the same for both teams. The tempo of the game could not be maintained for a long time. We need to work on that.

“But it’s always a good start when you get three points from your first game,” he said. With two goals against Cambodia, Chhetri now has 82 international goals to his name. He is currently third in the list of highest scorers among active players. When asked about the record, on a lighter note he said with a smile: “I just feel old.”

“You all have seen me from the start. I generally don’t count these things. Once I’m done, I’ll have a big tummy. You and I will sit, probably with a drink and talk about it,” he said.

India would lock horns with Afghanistan on Saturday. Asked what are the positives the team has got from the game against Cambodia, which could help them in the coming match, Chhetri said. “The biggest positive was the clean sheet. A lot of boys got the feel of what it means to play for 90 minutes. A lot of boys hadn’t played after the ISL. A lot of players were in different physical conditions. So it was good for the coach to see them.

“Also the coach had already told us that with three matches in six-seven days, he will need every one of us. So yes, that’s the positive. We haven’t yet seen the video of the match and how we have performed and also the video of the Afghanistan versus Hong Kong game. We will sit and watch that and come up with a plan.”

Team coach Igor Stimac informed Roshan’s injury, sustained against Cambodia, is not serious and he could be available for the next game. “It’s just a cramp. He should be okay. He is a very fit boy. He could go on, but we didn’t want to risk him,” Stimac said. Pritam Kotal came in for the young defender in the 73rd minute on Wednesday.

Anil Kamat, AIFF assistant general secretary and director competitions, issued an apology to the Football Federation of Cambodia for the bad accommodation provided to the Cambodia team and also for the technical glitch on Wednesday that resulted in the visitors’ national anthem being played seven minutes late.

“We would like to apologise to their federation and the entire team for the hotel-related issues as well as the issues which happened at the time of playing the Cambodian national anthem,” he said in the letter.