We’re going to try to play our way and beat them, says Achraf Hakimi 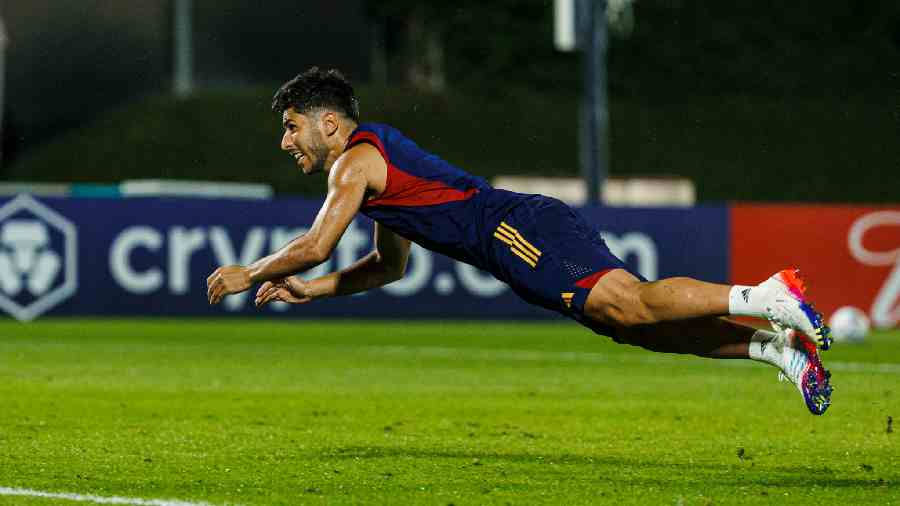 On paper, Spain could again be favourites to beat Morocco in the World Cup last-16 clash at the Education City Stadium in Al Rayyan on Tuesday. However, both teams would be aware of the unpredictability of the competition.

Spain, who humbled Costa Rica 7-0 in their opener, finished second in Group E behind Japan while Morocco defied the odds to win Group F ahead of Croatia and Belgium.

Spain, champions in 2010, have been shaky lately, losing their last group match to Japan and face a difficult test from a Moroccan side growing in confidence under coach Walid Regragui. After Morocco beat Canada 2-1 to reach the last 16 for only the second time and first since 1986, Fifa posted a photo of Regragui holding an avocado with a soccer ball inside it and pointing his finger at his head in a defiant message to his critics.

The goal Morocco conceded to Canada was their first in six matches under Regragui and during the victory celebrations, the players gathered around the coach touching his head. “They like to hit me on the head. Perhaps this will be a lucky omen for them,” Regragui said.

Morocco look to punish opponents on the counter-attack, using the speed and skill of Hakim Ziyech who returned to the national team when Regragui took over after a dispute with former coach Vahid Halilhodzic.

The Atlas Lions started the finals with a goalless draw against Croatia before a convincing 2-0 victory over Belgium. “We’re going to try to play our way and beat them,” said Morocco’s Madrid-born wingback Achraf Hakimi.

“We finished first in the group and I think we deserve a little more respect. I think that Spain know that and that they have to be a little afraid of us.”

“They (Morocco) are a tough opposition, especially physically, and they do have players with a lot of potential,” Spain midfielder Pedri agreed.

Pedri, along with Sergio Busquets and Gavi, could have a critical role to play against the dogged, gritty Moroccan unit. So would Alvaro Morata upfront.