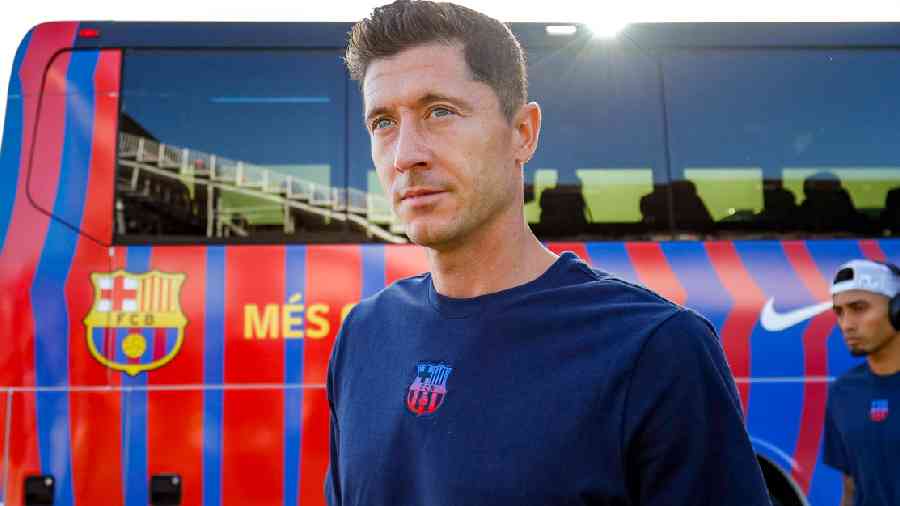 New Barcelona striker Robert Lewandowski said farewell to his former Bayern Munich teammates and club staff during a brief visit to the Bundesliga champions’ headquarters on Tuesday, despite his rocky departure and spat with Bayern bosses.

The Poland forward, who scored 344 goals for Bayern in 375 games, joined Barca in a deal worth €45 million ($46.06 million) last month after forcing a move from the German club.

The player and Bayern bosses have criticised each other over the way they handled the transfer, with Lewandowski saying there had been lot of “politics” from the side of the club who were “trying to find an argument” to sell him.

Bayern in turn said the situation had been caused by the player who asked to leave despite having a contract to 2023.

“Everything is fine. I met everyone and thanked them,” Lewandowski told Sky television from his car before driving away from the club offices. “I will never forget what I received here and what I experienced.

“That is the most important thing for me,” he said. “Last week was a bit complicated but sometimes this is part of football.” Lewandowski also made sure to point out there are no hard feelings on his part. “It was sad. I’ll always be grateful for what I’ve won and experienced here.”