Gokulam Kerala FC triumph over the Calcutta side 2-1, claim the trophy 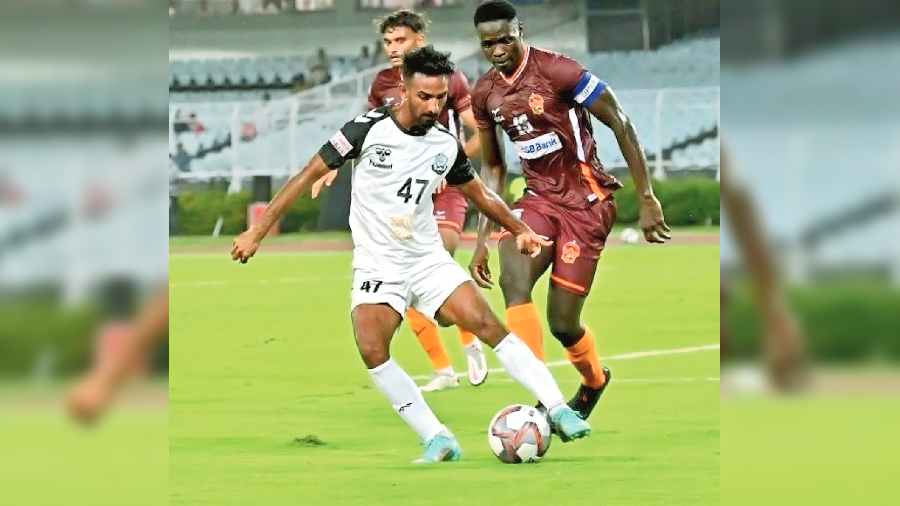 Action during the I-League match between Mohammedan Sporting and Gokulam Kerala FC at the Salt Lake Stadium on Saturday.
Twitter
Our Bureau   |   Calcutta   |   Published 15.05.22, 01:13 AM

Gokulam Kerala FC on Saturday crushed Mohammedan Sporting’s dreams of a maiden I-League title, edging past the Maidan team 2-1 in a fitting finale at the Salt Lake Stadium.

With this victory, the Kerala club became the first team in the I-League era to defend its title.

Rishad PP, who plays as a defensive midfielder, put Gokulam Kerala ahead in the 49th minute to stun the vociferous and partisan crowd of over 35,000.

However, the home team was soon celebrating as it found the equaliser in the 56th minute, when Marcus Joseph’s free kick deflected off Azharuddin Mallick and got into the net.

The home fans’ joy was, however, short-lived as the visitors regained the lead in the 61st minute. Emil Benny ran into the final third after receiving a pass from Luka Majcen and, with no defenders in sight, found the back of Mohammedan Sporting’s net.

No club in the I-League era had previously defended its title. East Bengal had achieved the feat during the days of the National Football League, the predecessor of I-League, winning the crown in 2002-03 and 2003-04.

The Maidan club entered the match optimistic of getting the better of the in-form side from Kerala, especially with the crowd behind them.

However, a determined Kerala FC did not let anything come in their way. The defending champions have had a great campaign and entered the final-round game needing just one point to seal the deal.