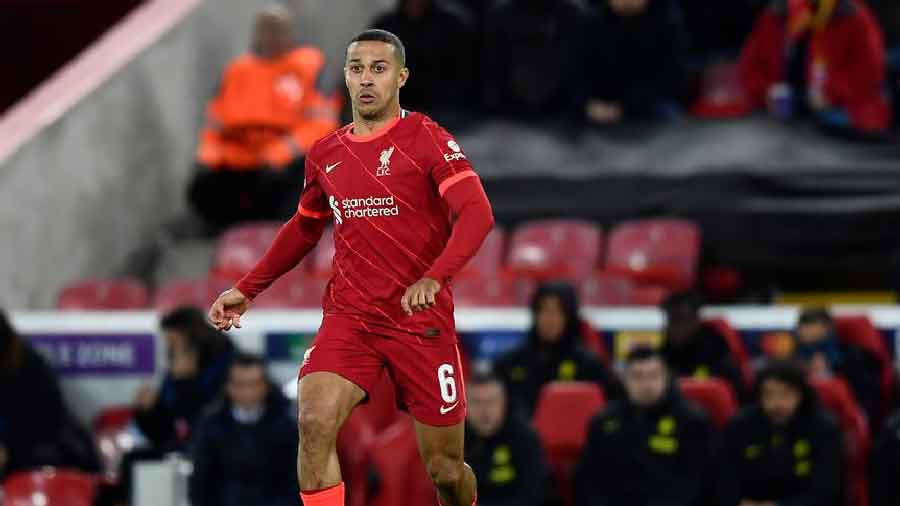 What started with a pinpoint 60-yard pass to the feet of Mohamed Salah, ended in Thiago producing a finely crafted midfield performance that eventually unlocked one of Europe's most stubborn sides.

Jürgen Klopp and Liverpool have a firm foot in the UEFA Champions League final after their 2-0 win over a Villarreal. But while the club are chasing the quadruple, a distinct piece of footballing history beckons for their influential Spanish midfielder, Clarence Seedorf currently holds a place in the Guiness Book of World Records for having "won the Champions League with a record three different clubs: Ajax, Real Madrid and AC Milan."

The Dutchman famoulsy predicted that Cristiano Ronaldo could match his record, but with winner's medal from 2010/11 (Barcelona) and 2019/20 (Bayern Munich) to his name, Thiago is just two games away from doing so instead.

A master of the midfield art

The chance to rub shoulders with one of the greatest mdifielders to grace Europe's biggest stage is further justification of Thiago's desire to seek out "new challenges" when he parted ways with Bayern Munich back in 2020. The 29-year-old referred to that choice as "the most difficult decision of my sports career," while CEO of the German record titleholders at the time Karl-Heinz Rummenigge openly discussed tears being shed when it was made.

Since his departure Bayern have gone on to add another two Bundesliga titles to the seven Thiago helped deliver during their ongoing decade of dominance. The Spaniard, meanwhile, has once again woven himself into the very fabric of one of Europe's most successful sides.

Intangible qualities to compliment the unmissable technique, touch and vision has at the tip of his toes, mean his performances across 90 minutes must be watched closely to be fully appreciated. Wednesday's outing against Villarreal was just the latest.

"Against a side like Villarreal we had to be patient, but also be ourselves. That was key," Thiago said. "I really enjoyed the team performance, for me it's the best thing because at the end we want to put the level as high as possible and we delivered today."

120 touches and a 96 per cent pass completion rate just scratch the surface of his influence on the proceedings against the Yellow Submarines. There were some flashy moments in the mix, but at its core, the Spaniard produced a seminar on breaking and linking up play as the orchestrator in Jürgen Klopp's midfield.

The best managers foresee problems, but unlike his tenure with Dortmund that ended on a sour note not deserving of his legacy, Klopp has had the resources to address them with the Reds.

With Liverpool playing a similar brand of heavy metal football it was crucial to provide fresh impulse within a more stable squad that aren't forced to sell off the cream of their crop every season. Klopp has managed to add marquee signings that have simultaneously addressed the issue of in-house stagnation as well as playing the role of problem solvers against deep-lying back lines.

While Diogo Jota and more recently Luis Diaz embody the energy and predatory nature of Klopp's Gegenpress, Thiago was brought into to provide a calming presence in the heart of the park whilst finding pockets of space to punish in tight games.

Those qualities will again be needed next week when the Reds will be hoping to give the Yellow Submarine another hard day's night to move their own Spanish maestro closer to entering the record books.

EPL: Race for top 4 heating up