The helter-skelter game had six goals in the first-half, as well as a missed penalty 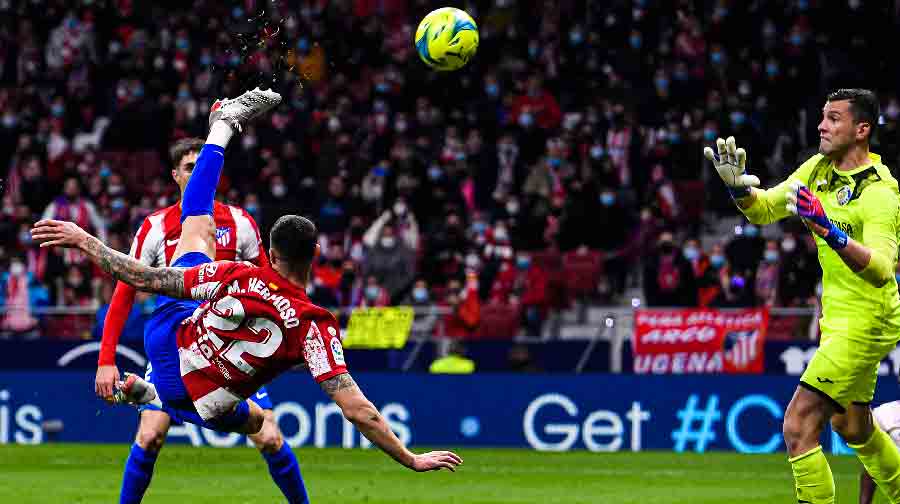 A last-minute goal from substitute Mario Hermoso gave Atletico Madrid victory in a seven-goal thriller as they beat Getafe 4-3 at home in La Liga on Saturday.

The helter-skelter game had six goals in the first-half, as well as a missed penalty, before Hermoso — who had been brought on after Atletico defender Felipe was dismissed in the second period — sent the Wanda Metropolitano crowd into raptures and his team into fourth place in the table.

“Hopefully this can spur us on and see us take a step forward and give us a boost ahead of what we’ve got on the horizon,” Hermoso told Movistar.

Luis Suarez won the first of three first-half penalties within the first 10 minutes after being felled by Getafe keeper David Soria, but saw his spot-kick saved.

Nevertheless, Atletico appeared in control as strikes from Angel Correa and Matheus Cunha put them 2-0 up after 27 minutes. However, the reigning champions fell behind after a mad 15 minutes in which they conceded two penalties for handball.

Borja Mayoral halved the deficit before Cunha and Thomas Lemar were both deemed to have handled the ball inside the box.