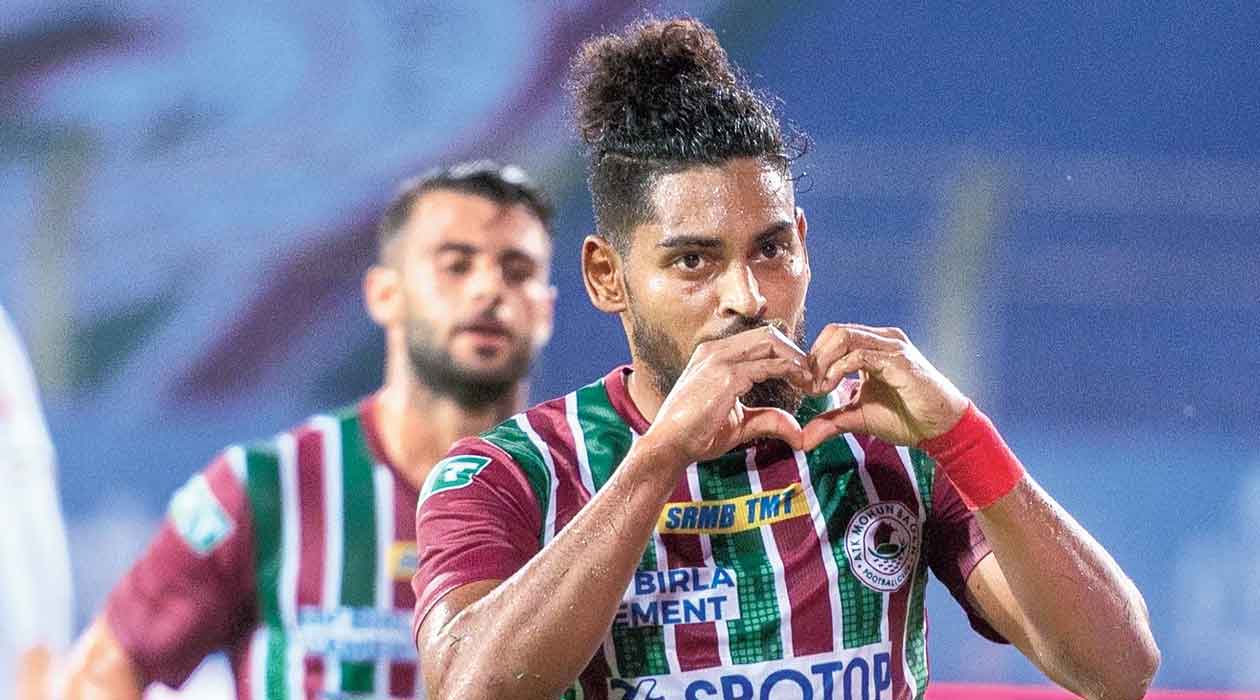 ATK Mohun Bagan captain Roy Krishna said he is looking forward to a grand partnership with playmaker Hugo Boumous during the ongoing ISL VIII. The Fijian and Boumous linked up brilliantly against Kerala Blasters in the first match of the eighth edition and sent an early warning to the other teams.

“Hugo creates a lot of chances for us. He made some good touches in the last match and scored a brace. I really enjoy playing alongside him and look forward to creating some good memories on the field with him,” Krishna said.

The Derby is set for Saturday and Krishna said SC East Bengal would be a tough nut to crack. “I saw their first match (1-1 draw against Jamshedpur FC) and feel they have a formidable team this season. They have a very solid backline. Having Arindam (Bhattacharya) as the goalie is also an advantage for them.”

In the first match, ATK Mohun Bagan coach Antonio Lopez Habas fielded a three-pronged attack with Liston Colaco, Krishna and Manvir Singh. Krishna said given the options Habas has this season, it would be difficult for the rivals to contain ATK Mohun Bagan.

“I think for any team it would be a challenge to mark us. We can score goals at will given the players we have. But that doesn’t mean there will be less pressure on me. My aim will remain to score as many goals as possible. My aim is always to help my team win, whether it’s through a goal, an assist or by helping the defence.”

Talking about the Kerala Blasters match, Krishna said: “We could have been more disciplined after the change of ends. However, it was our first match and we are still getting to know the players who have joined this season.”