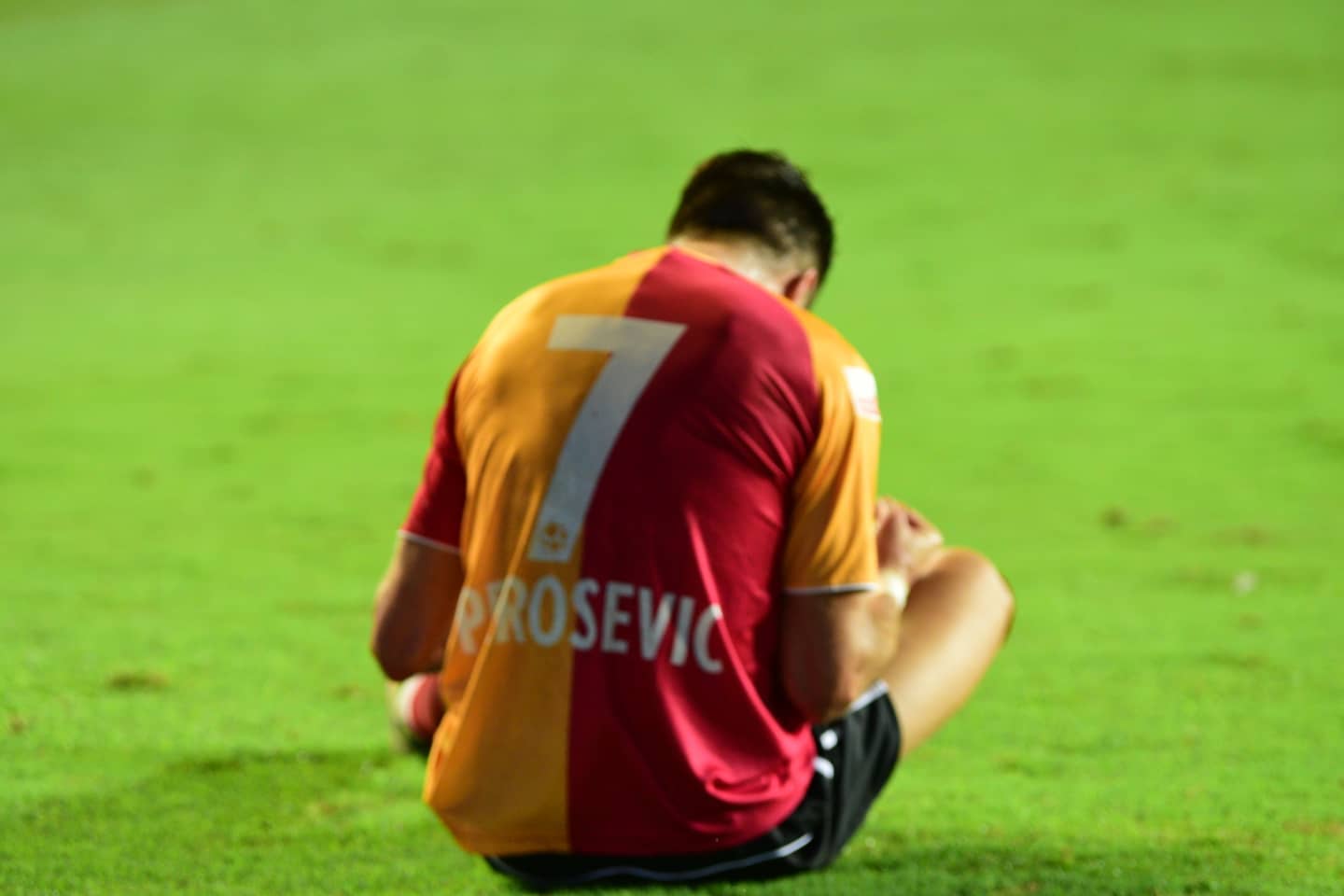 Antonio Perosevic's own-goal (44th) handed the lead to the opposition for the third time.
Facebook/@SCEastBengalOfficial
Our Bureau   |   Published 07.12.21, 10:25 PM

FC Goa registered their first win of ISL VIII when they edged past SC East Bengal 4-3 at the Tilak Maidan Stadium in Vasco on Tuesday.

The loss meant SC East Bengal continue to be at the bottom of the ISL table. Fourteen minutes into the match, Alberto Noguera scored his first goal of the season with a long-ranger to give FC Goa the lead.

But Antonio Perosevic drew level for the Calcutta outfit in the 26th minute with a half-volley from a similar distance. The attempt hit the right post and deflected into the net, giving goalkeeper Dheeraj Singh no chance.

Jorge Ortiz then regained the lead for Goa by opening his account for the season from the penalty spot after Seriton Fernandes was fouled inside the box.

Amir Dervisevic scored in the 37th minute to level the scores again, from a free-kick.

But Perosevic, who did score twice for East Bengal, gave the advantage to his opponents through an own goal in the 44th minute. Devendra Murgaonkar’s header got deflected into the net after hitting the Croatian.

The second half started on a much slower pace until Perosevic found the back of the net again. Noguera (79th) scored FC Goa’s fourth and bagged a brace after latching on to a low cross from Ortiz. The Spaniard collected the ball in his stride and placed it towards the left side of the advancing goalkeeper.

FC Goa’s fourth goal made the difference as Juan Ferrando’s men held on to the one-goal lead to record their first win of the season. The defeat means that Manolo Diaz’s SC East Bengal are the only team in the league yet to win a match.