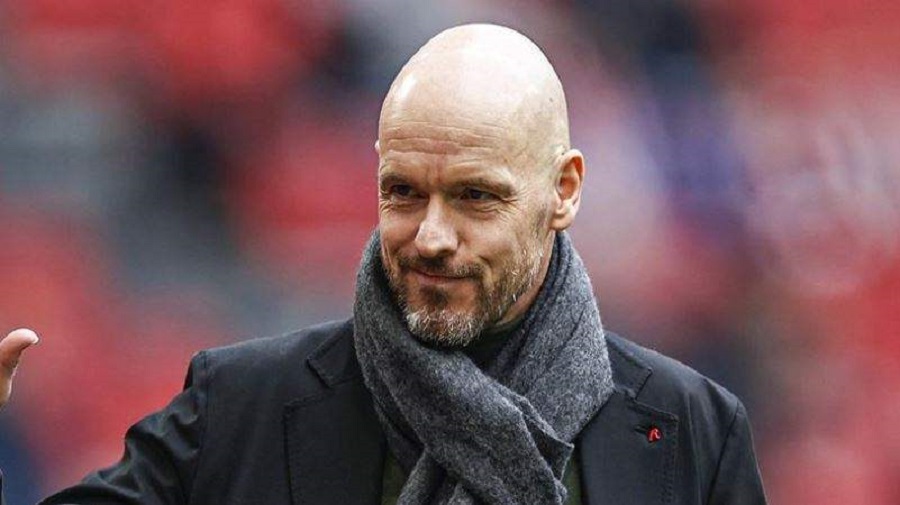 New Manchester City signing Erling Haaland marked a fine Premier League debut by scoring in each half as the champions began their title defence by strolling to a 2-0 victory over West Ham United at the London Stadium on Sunday.

Haaland converted a penalty after 36 minutes and wrapped up the points with a composed finish in the second period to cap an impressive display, with his father and former City player Alfie celebrating in the stands. “It’s nice that he saw both goals as it is a big moment for me as a debutant in this competition,” the 22-year-old Haaland said. “Also now it is almost 30 minutes since I scored the last goal so I have to keep going.”

Haaland charged past the West Ham defence to latch onto a through ball and take it around Alphonse Areola before being fouled by the substitute goalkeeper, who had replaced the injured Lukasz Fabianski after 29 minutes.

West Ham were forced into the early change when Fabianski picked up a knock clearing a cross from Kevin De Bruyne as he clattered into teammate Aaron Cresswell and Haaland. The Norwegian striker stepped up to convert the resultant spot kick, his cool finish sending Areola the wrong way to give City a deserved lead after an utterly dominant first half in which West Ham were rarely able to venture from their own box. City, who had a first-half goal disallowed after Ilkay Gundogan was offside in the build-up, made a slightly disjointed start to the match but gradually strengthened their grip on the contest and doubled their lead after the hour mark.

Midfielder Kevin De Bruyne had defended a series of crosses before slipping through a delightful pin-point pass to Haaland, who timed his run to perfection and slotted home with a fine left-foot finish in the 65th minute.

New manager Erik ten Hag saw the depth of the crisis at Manchester United when his side fell to a 2-1 defeat by Brighton & Hove Albion at Old Trafford, with German Pascal Gross scoring twice. United fans’ hopes that the off-season would mark a turning point have faded, with the club failing to make major moves yet in the transfer market and there was a grim familiarity to the club’s opening match.

The former Ajax coach witnessed a performance that was every bit as disjointed as those produced under his predecessors Ralf Rangnick and Ole Gunnar Solskjaer last season.

The sense that this was a continuation of last year’s decline began before kick-off where there were yet more loud and angry protests against United’s owners, the American Glazer family, under the South Stand If that felt familiar, then the sight of Scott McTominay and Fred in midfield as United laboured against Graham Potter’s superbly drilled side was verging on deja vu.

United had been shambolic in their 4-0 loss at Brighton in May and, even with debuts for defender Lisandro Martinez and midfielder Christian Eriksen, little felt new or changed about the performance. Ten Hag introduced Cristiano Ronaldo, who wants to leave the club, in the 53rd minute and the Portugal forward provided the spark for United’s attempted comeback. The home side gave themselves a foothold in the 68th minute when a goalmouth scramble ended with Alexis Mac Allister turning the ball into his own net.

Former Manchester United forward Wayne Rooney believes that the club must let Cristiano Ronaldo leave if they are to build a successful team for the future under new manager Erik ten Hag.

The 37-year-old Ronaldo, who re-signed for United from Juventus last season, reportedly wants a move away from Old Trafford after the team’s failure to qualify for the Champions League. “I think United should let Cristiano Ronaldo go. It’s not that Ronaldo can’t play in a Ten Hag team. He can play in any team,” Rooney, who now manages Major League Soccer side DC United, wrote in a Rooney: Let Ronaldo go Wayne Rooney column for The Times, London newspaper.

“Ronny will always score you goals. But my personal view is that United aren’t ready to challenge for the title now, so the aim has to be to build a team that can win the league in the next three to four years, and you have to plan for that.” Ten Hag this week said he was happy to have a “top striker” like Ronaldo in the squad.