Argentina find their feet, beat Poland 2-0 for Round of 16 berth

A sense of euphoria was in the air in the country, particularly in the Buenos Aires neighborhood of Palermo 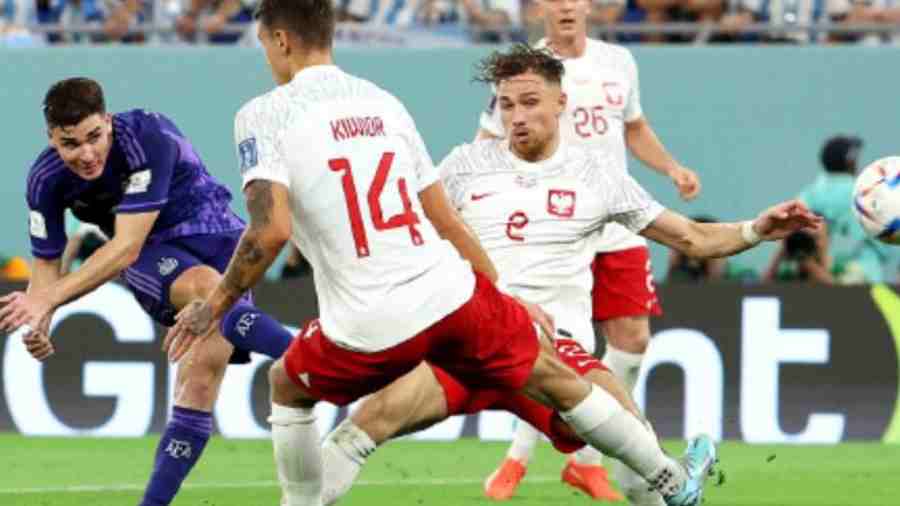 Argentines renewed their hopes in the country's national soccer team after it defeated Poland 2-0 on Wednesday, booking a place for the team led by star Lionel Messi in the knockout stages of the World Cup.

A sense of euphoria was in the air in the country, particularly in the Buenos Aires neighborhood of Palermo, where thousands of jubilant fans crowded to watch the match on a giant screen in the park.

Argentina needed a win to ensure progress to the knockout stages after a shock opening game defeat against Saudi Arabia was followed by a more convincing 2-0 win over Mexico.

"We recovered from Arabia and after these two great games, we got excited again!" Uriel Vieitez, 19, told Reuters as he celebrated on the streets of the capital Buenos Aires wearing an Argentina shirt and hat minutes after Argentina's victory.