Advertisement
Home / Sports / Football / A leg up for PSG & Tuchel

A leg up for PSG & Tuchel 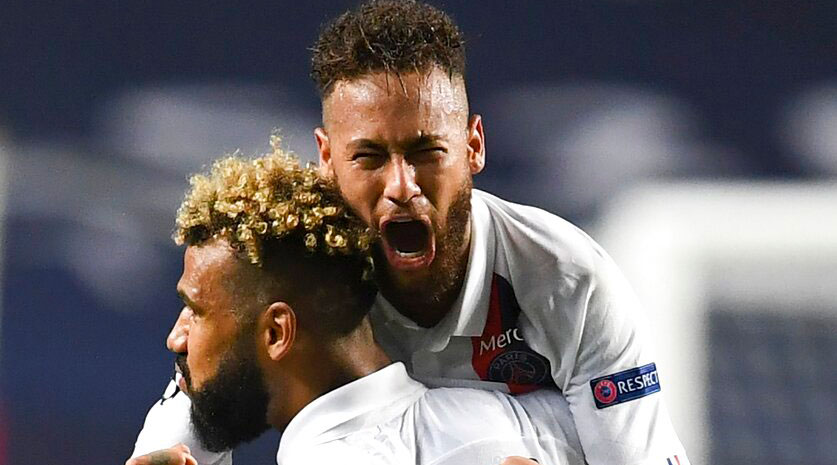 Neymar celebrates with teammate Eric Maxim Choupo-Moting after his team's win in the Champions League quarterfinal match between Atalanta and PSG at Luz stadium, Lisbon on Wednesday.
AP
Agencies   |   Lisbon   |   Published 14.08.20, 03:17 AM

The Champions League knockout stages produce great drama and the single-game format for this season’s quarter finals intensified the emotions as Paris St Germain struck twice in the final minutes to end the fairy tale for debutants Atalanta.

Although the team from Bergamo had never qualified for the Champions League before, they were moments away from humbling the financial powerhouse of PSG. Then PSG struck twice, with Brazilian defender Marquinhos scoring in the 90th minute before substitute Eric Maxim Choupo-Moting decided the contest in stoppage time.

The sense of destiny, of romance, that had surrounded Gian Piero Gasperini’s team, suddenly evaporated into the night air at the empty Estadio da Luz. The Italian side had taken the lead with a 27th minute goal from their Croatia midfielder Mario Pasalic.

But when Atalanta finally reflect on the loss, they will surely acknowledge that they had been helped by some wasteful finishing by PSG, in particular from Neymar.

Under-pressure PSG coach Thomas Tuchel let out a scream of joy and relief after the drama ended. The intensity of his reaction was intensified by the fact that, with an ankle injury he picked up last week, Tuchel was forced to sit and watch on an ice-box for most of the game with his leg strapped in a ‘moon boot’.

“Imagine what I would have done if I had two legs!” he told the post-match news conference. “Maybe today would be the day you would see me sprint for 40m,” he said.