Kohli once again got a bitter taste of social media 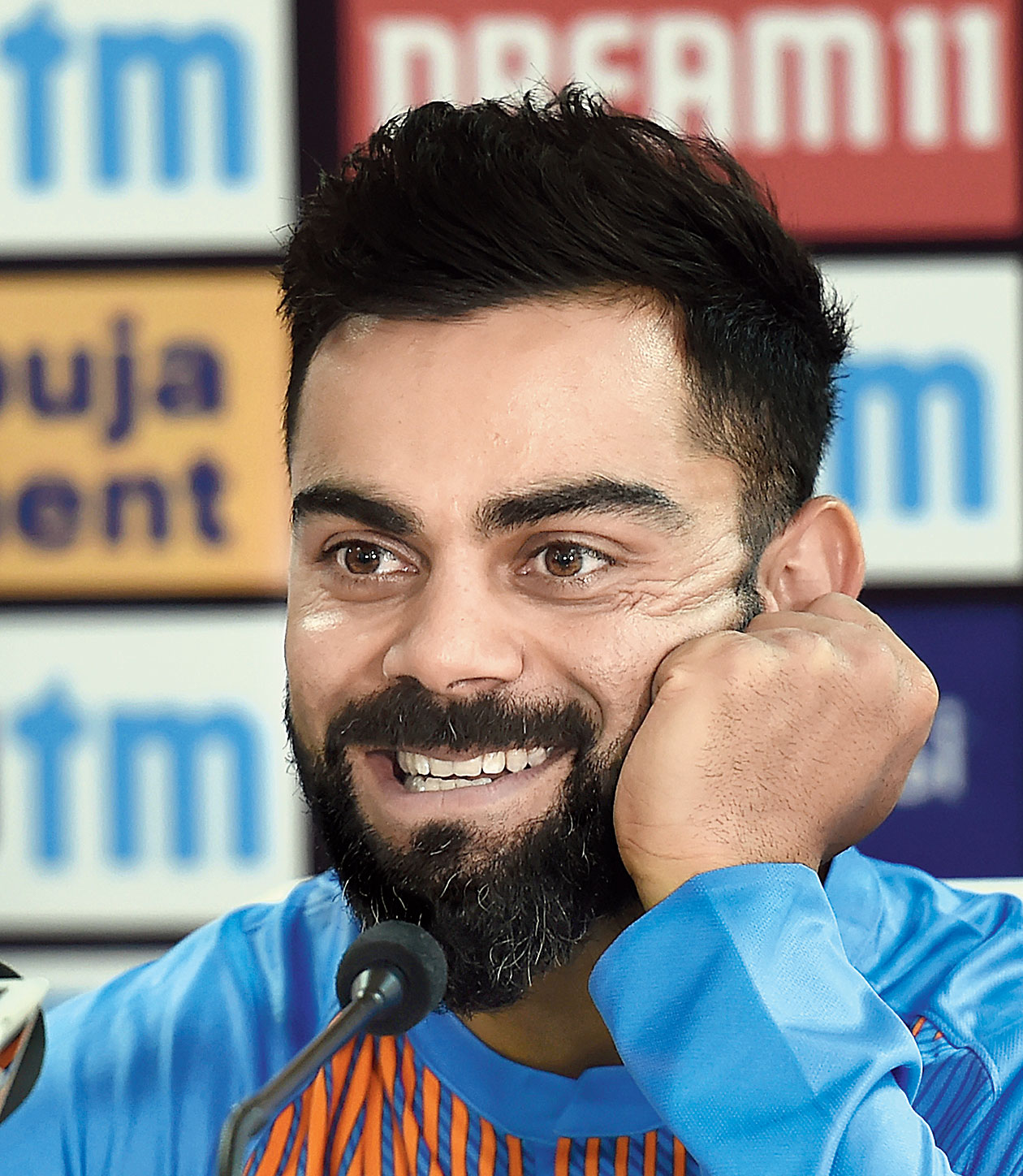 Mahendra Singh Dhoni may not have been physically present in Dharamsala but he is always on the mind of the Indian cricketers, especially Virat Kohli. The former India captain is enjoying a ‘break’ but he remained the focus before the start of India’s international season at home.

Perhaps because the season begins with a T20I as part of India’s preparations for the T20 World Cup in Australia next year. Dhoni is still available for the limited overs formats and many feel he can’t be completely ruled out of the T20 World Cup yet.

Dhoni has always put the interest of Indian cricket ahead of personal goals and is “on the same page” with the team management as far as his international future is concerned, Kohli said at a media conference on Saturday.

On the eve of the T20I series against South Africa, Kohli maintained that the 38-year-old Dhoni will “remain valuable” as long as he continues playing the game.

“One great thing about him (Dhoni) is that, he thinks for Indian cricket. And whatever we (team management) think, he is on the same page. The alignment is there. The kind of mindset he has had about grooming youngsters and giving them opportunities… and he is still the same person,” Kohli said when asked if Dhoni is in his scheme of things for the T20 World Cup.

“Look, experience is always going to matter whether you like it or not. I mean there are a numerous number of times people have given up on sportsmen and they have proved people wrong and he (Dhoni) has done that many times in his career as well. As long as he is available and continues to play, he is going to be very valuable,” Kohli said.

“When you decide to stop playing is an absolutely individual thing, and no one else should have an opinion on it, that’s what I think.”

Only Thursday, Kohli tweeted about Dhoni out of the blue and learnt “his lesson” the hard way. An innocuous tweet sparked rumours and almost forced Dhoni into international retirement.

Within no time, the tweet went viral and was somehow linked to Dhoni’s future for India. It took Dhoni’s wife Sakshi to put an end to such talk. “Its called rumours,” she tweeted.

Asked what was going on his mind, Kohli replied: “Mere zehen mein kuch naahi tha yaar (I had nothing in my mind). I was sitting at home and I normally put out a photograph and it became a news item.”

Kohli once again got a bitter taste of social media.

“I think it was a lesson for me, that the way I think, the whole world does not think that way. There was nothing in farthest stretch of my imagination (that it could be taken as retirement tribute) while putting that picture out on social media,” the Team India captain said.

For him, the T20I against Australia was one match he has not really talked about much in the last three years unlike his other knocks.

“Like what did I write. I remember that game even now, every now and then. I never spoke about that game and so I thought I put up a post. Now people interpreted it in a different manner in which there was not even an iota of truth.”

Kohli also justified Kuldeep Yadav and Yuzvendra Chahal’s omission from the T20 squad as their weakness with the willow has prompted them to try out some other options.

“That was one of the reasons also to give opportunities to the guys who have done well in the domestic format and the T20 format and in the IPL also. So I think it’s about finding the best balance that we can as a side and not necessarily stick to one kind of combination. If all teams across the world are batting till No. 9, 10, why can’t we,” the captain explained.

“So, you need to take those calls at one stage. Bringing those guys at one stage was also not taken well by people. Look, whatever decisions are made, are to make sure that the team has the best and strongest balance that we can have approaching the T20 World Cup,” Kohli said.