Advertisement
Home / Sports / Everyone has seen the way Messi was at his final press conference: Jack Grealish

Everyone has seen the way Messi was at his final press conference: Jack Grealish 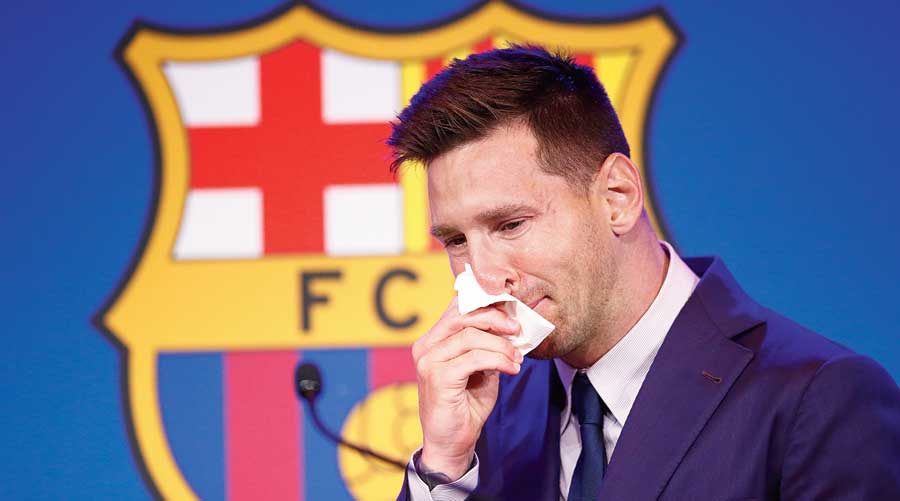 Messi shed tears as he confirmed his departure from boyhood club Barcelona on Sunday.

Grealish said: “Everyone has seen the way Messi was at his final press conference… That is the exact way I felt myself. Actually before I left at the hotel, I spoke to the team and the staff and the players and, yeah, you know I teared up a bit myself.”

Grealish, an Aston Villa season ticket holder from the age of four, signed a six-year contract with Manchester City and has been assigned the No.10 shirt previously worn by all-time top scorer Sergio Aguero.

The 25-year-old midfielder explained that he had joined the Premier League champions to win trophies.

“I’ve always said how much I wanted to play Champions League football and I couldn’t do that at Villa this year,” he said.