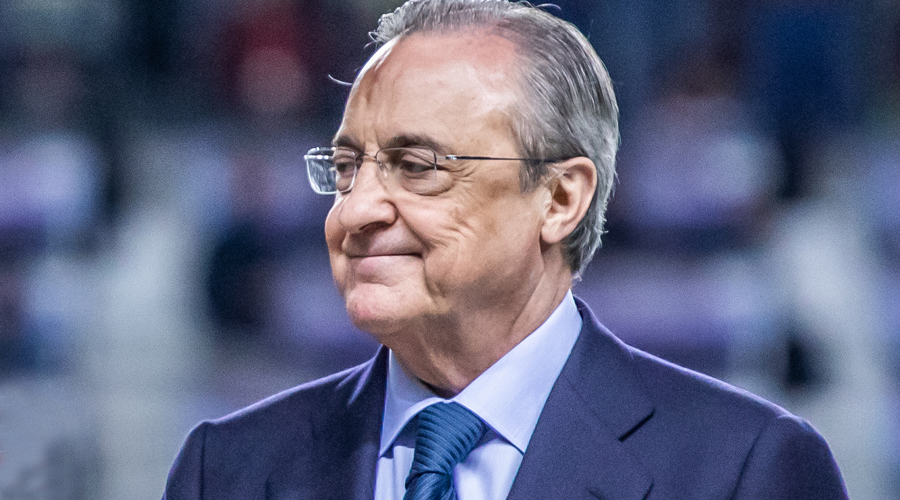 Real Madrid president Florentino Perez says the 12 clubs who were to found the European Super League cannot abandon it due to binding contracts, and he promised the project would return after a period of reflection.

Perez was one of the leading figures in the breakaway competition, which was unveiled last Sunday only to fall apart within days when all six English clubs involved withdrew and others followed.

But Perez, whose club is one of three teams along with Barcelona and Juventus yet to abandon the project, said it was not so simple for clubs to leave.

“I don’t need to explain what a binding contract is but effectively, the clubs cannot leave,” Perez told Spanish newspaper AS on Saturday.

“Some of them, due to pressure, have said they’re leaving. But this project, or one very similar, will move forward and I hope very soon.”

The Super League was dealt another blow on Friday when JPMorgan, who had provided a $4.2 billion grant to the founding clubs, said it had “misjudged how the deal would be viewed”.

Perez, however, said the bank was still on board.

“It’s not true they’ve withdrawn. They have taken some time for reflection, just like the 12 clubs. If we need to make changes we will but the Super League is the best project we’ve thought of,” he added.

“The partnership still exists as do the members who comprise the Super League. What we have done is taken a few weeks to reflect in light of the fury of certain people who don’t want to lose their privileges and have manipulated the project.”

Devised in secret among club bosses and financiers, the project has effectively imploded, however, after a ferocious backlash from fans, pundits and politicians.

Perez reiterated the need for the new competition to boost clubs struggling to cope with losses from the Covid-19 pandemic, adding that the 12 Super League clubs had lost a combined 650 million euros last year and stood to lose up to 2.5 billion euros this year.

He was also not convinced by Uefa’s next reform of the Champions League, which will see the competition expanded to 36 teams from 2024.

“The Super League is the best possible project to help football come out of the crisis. Football is gravely hurt and we have to adapt to the era we live in,” he added.

Juventus coach Andrea Pirlo says there is a positive atmosphere at the club despite the quick collapse of the planned Super League and insists he has no concerns about the threat of a Champions League ban.

Juve chairman Andrea Agnelli was one of the masterminds behind the project and has since faced calls to resign, but Pirlo insists the mood in the camp is good.

“Agnelli is calm, it is normal that he has been talked about a lot during this period. He brings great enthusiasm every day when he comes to the pitch and we are relaxed,” Pirlo told a news conference.

“The atmosphere is positive, that of a team that wants to finish the season well.”

Pirlo said he did not fear a potential Champions League ban.