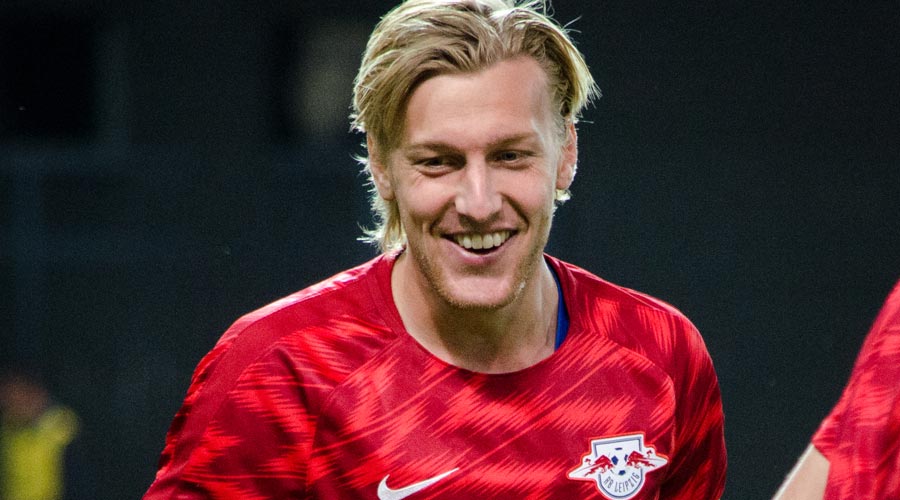 Sweden’s free-scoring winger Emil Forsberg has declared himself fit and ready to go for Tuesday’s Euro 2020 last-16 clash with Ukraine.

Forsberg has netted three times for the rock-solid Swedes, who opened with a scoreless draw against Spain before edging past Slovakia 1-0 thanks to Forsberg’s penalty and finishing with a dramatic 3-2 win over Poland in which he scored twice.

“My status is good. I trained fully today (Sunday), it was more just a precaution yesterday (Saturday), so there are no problems,” he told a news conference on Sunday.

Starting out on the left wing but often moved inside into a playmaking role, Forsberg’s goals have been key to Sweden’s success, and coach Janne Andersson will face his usual selection headache as he picks two of Alexander Isak, Robin Quaison and Marcus Berg to start up front.

Isak has started all three games, with Berg alongside him for the first two and Quaison getting the nod against Poland. None of them has scored in the tournament.

Also in the mix are Viktor Claesson, who scored the late winner against the Poles, and Dejan Kulusevski, who created two goals after coming off the bench in the same game.

They will face a fired-up Ukraine side led by Andriy Shevchenko that is receiving a great deal of support from high places after a win over North Macedonia and losses to The Netherlands and Austria took them through as the third-placed team in Group C.

“For the first time in history, the Ukrainian national soccer team has moved past the group stage at the European championship and reached the playoffs! It seems like soccer has repaid us a debt for all the times it has been unfair to us,” Ukrainian President Volodymyr Zelenskiy wrote on Instagram. “We believe in the team! We believe in Ukraine,” he added.

The winners will face a mouth-watering clash with either England or Germany in the quarter finals.