In regulation time, Spain took an early lead when left-back Jordi Alba’s shot from outside the box was deflected into his own net by Denis Zakaria 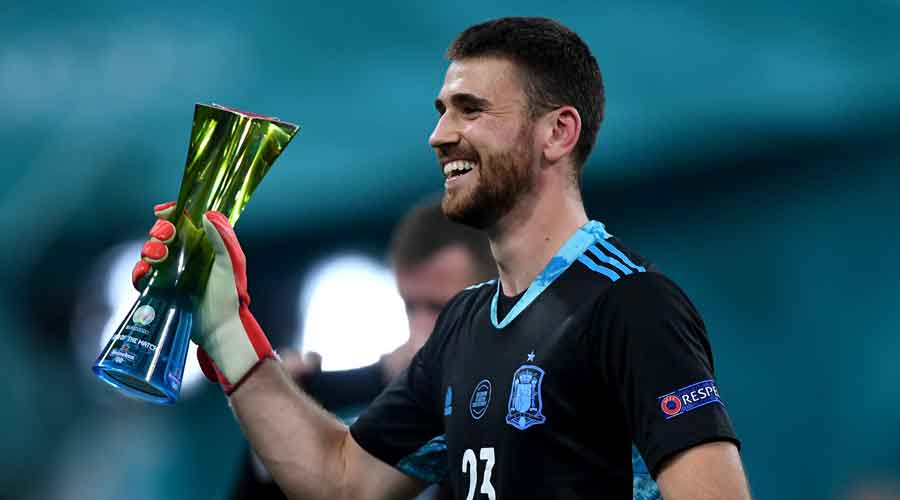 Spain’s Mikel Oyarzabal struck the winning penalty after Switzerland’s Ruben Vargas fired over the bar as Spain won 3-1 in a shootout following a 1-1 draw in their European Championship quarter final on Friday.

Spain, ranked sixth in the world, also needed extra-time to defeat Croatia in the last 16 despite leading 3-1 with five minutes of normal time to play.

In regulation time, Spain took an early lead when left-back Jordi Alba’s shot from outside the box was deflected into his own net by Denis Zakaria. But Xherdan Shaqiri profited from a defensive error to level the score at 1-1, before the Swiss lost midfielder Remo Freuler to a straight red card on 77 minutes.

Not surprisingly given their numerical advantage, Spain dominated extra-time and created a host of chances as Switzerland played for spot-kicks, perhaps mindful that their opponents had missed their last five penalties, including two against them in a Nations League game in November.

Swiss goalkeeper Yann Sommer was brilliant under the bar, especially during the latter part of the second half and extra-time.

Sommer, who plays for Bundesliga side Borussia Monchengladbach, made a string of outstanding saves to take the match to the tie-breaker. Unfortunately for Sommer, his teammates missed three spot-kicks, which ultimately proved costly.

After beating world champions France 5-4 on penalties in the last 16 by scoring all their kicks, only Mario Gavranovic could beat Simon and the Swiss were left heartbroken, still waiting to win a European Championship quarter final.