Ukraine and Austria to vie for first ever knockout berth; Denmark armed to the teeth for Russia clash; Kevin De Bruyne and Eden Hazard to start for the Red Devils 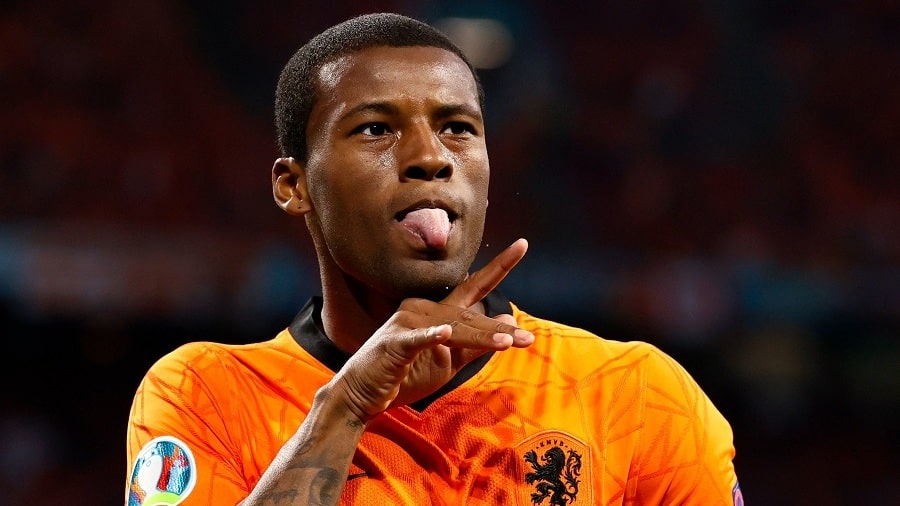 Out of the eight teams taking the field tonight, tournament debutants North Macedonia will only hope to sign off on a high against the Netherlands after crashing out of the tournament. Both Ukraine and Austria will expect to make it to the knockout stage for the first time in Euro history, although a draw might suffice for both. Denmark, who are yet to register a win this edition, will vie for a round-of-16 berth as they take on Russia. An upbeat Finland, with one win in their kitty, will be up against the mighty Belgium, who see Kevin De Bruyne and Eden Hazard start for the first time in this tournament, according to coach Roberto Martinez.

Here’s what’s in store for tonight:

Ukraine and Austria each have one victory and one loss so far at the European Championship, and they will look to advance from the tournament’s group stage for the first time. For both teams, the forwards have provided the story at Euro 2020. Despite the goals, Ukraine coach Andriy Shevchenko’s concern in the previous match was that his team didn’t score more, given the numerous chances his players created.

Both teams have played twice before at the European Championship, and both have also served as recent co-hosts. Austria staged Euro 2008 with Switzerland but still went out in the group stage. Ukraine did similar as co-host with Poland at Euro 2012.

Austria scored three goals in the opening victory over North Macedonia, but then were shut out against the Netherlands. The team had to play the second match without the suspended Marko Arnautovic, who has scored 27 international goals for Austria. While a second victory will guarantee advancement for one of the teams, a draw might just be enough for both.

Arnautovic will be back for Austria after serving a one-match ban for insulting a North Macedonian opponent after he scored late in the 3-1 victory. Andriy Yarmolenko and Roman Yaremchuk scored a goal each for Ukraine in the team's opening game, and retained their performance in the second outing as well. Coach Shevchenko will hope for them to fire again.

The Netherlands have the scope to give their fringe players in a dead rubber versus North Macedonia, but coach Frank de Boer doesn’t really want to go the Italy way.

De Boer will make only two changes to his starting line-up for Monday’s last Euro 2020 group game in an effort to improve performance even though his side is guaranteed top spot. As the Dutch won their first two matches, the game is a dead rubber, so there was speculation De Boer may rest regulars and give fringe players a run out.

On the eve of the Group C match at the Johan Cruyff Arena, he confirmed there would be a double change but did not say who, telling a news conference the priority was improvement.

His team let a two-goal lead slip against Ukraine before sneaking victory and also looked lethargic at times in the win over Austria. “Everything can be better. We could have done better in possession against Austria. In the front, the tuning can also be sharper. Those kind of things we can work on (against North Macedonia),” he said.

De Boer confirmed he would stay with the new 5-3-2 tactics, having successfully employed three centre backs and two wing backs to good effect in their opening two encounters. “The system remains the same, but we can still improve,” he said.

De Boer hasn’t revealed the two changes, so going by the last two games, Denzel Dumfries and Memphis Depay will look to toy with the tournament debutants. For North Macedonia, captain Goran Pandev, who will retire after the tournament, will put his best foot forward.

Denmark are determined to squeeze into the knockout stage of Euro 2020 with a win against Russia in their final Group B match. Despite losing 1-2 to Belgium, aided by the return of Kevin de Bruyne, a flood of supportive messages for Eriksen and the catharsis of Yussuf Poulsen’s early goal against the world’s top side seemed to put the trauma of Denmark’s opening match behind them.

Manager Kasper Hjulmand pledged that Denmark, who will benefit from home advantage against Russia in Copenhagen, would beat Stanislav Cherchesov’s side for Eriksen after he underwent an operation to implant a heart-starter device.

Denmark hope fans will rouse them. “It’s like our Euros are starting right now,” Hjulmand said on Sunday ahead of the game at Parken Stadium in Copenhagen, where fans have stayed passionately behind the team during narrow defeats to Finland and Belgium.

“We’re prepared to run out at Parken tomorrow (Monday) and have a magical night,” the 49-year-old manager told a news conference.

“It’s a little surreal that we have no points, but we’re focused on the game against Russia and we know that with a win we can get out of the group phase.

“We respect Russia, it’s going to be a tough game and we need the support we had last time (against Belgium).”

Denmark, last in Group B with two losses, will hope to capitalise early on defensive lapses by Russia, with Mikkel Damsgaard filling in for Eriksen and forward Martin Braithwaite showing touches of quality against Belgium.

To grab the second qualifying spot, Denmark are also relying on Belgium, who have already advanced, to beat Finland on Monday.

Mikkel Damsgaard played well against Belgium in Denmark's 1-2 loss, and the 20-year-old will hope to keep Russia on their toes. Russia’s only goal of the tournament has come from Aleksei Miranchuk and they will expect the Atalanta midfielder to make a point once again.

Finland face a daunting challenge against Belgium, but coach Markku Kanerva is taking inspiration from his side’s ability to surprise the top nations. “A draw will probably be enough to qualify,” he said of the final Group B game in St Petersburg on Monday for Finland, who are on three points after an opening win against Denmark. In their head-to-head record, Finland and Belgium have faced each other 11 times. The Euro 2020 debutants have won four times, and the Red Devils thrice.

Eden Hazard and Kevin De Bruyne will make their first starts at the European Championship, coach Belgium coach Roberto Martinez said. Axel Witsel will also play from the start as Martinez looks to give three of his most important and experienced players some extra game time after their recent injury problems.

“Eden, Kevin and Axel will start against Finland because we need to see how (fit) they are and how long they can play,” Martinez said. “And it's an opportunity for us to stretch their match fitness to the maximum level.”

Belgium have already qualified for the knockout stage after wins over Russia and Denmark.

De Bruyne wasn't risked in the 3-0 victory over Russia while he recovered from fracturing his cheek and eye socket while playing for Manchester City in the Champions League final on May 29. He came off the bench to set up a goal and then scored himself in the 2-1 win over Denmark on Thursday.

Hazard has had an injury-affected season with Real Madrid while Witsel has just returned to full fitness after rupturing his Achilles tendon in January. They both came on as substitutes against Denmark.

For Finland, Glen Kamara has been on top of his game so far, while Joel Pohjanpalo, who has scored the solitary goal for the Finns, will look to counter the Belgian midfield. De Bruyne starting for the Red Devils is good news, while Romelu Lukaku is expected to fire up front.