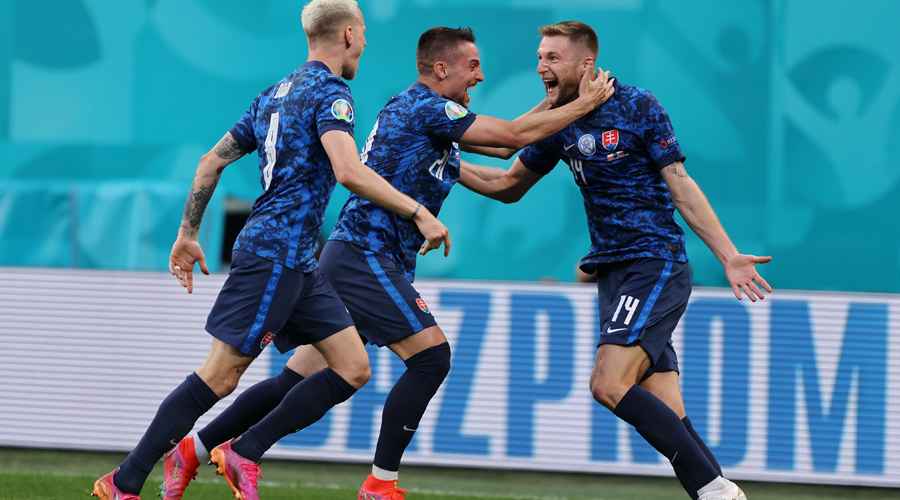 Slovakia claimed on their third ever major tournament win with Milan Škriniar’s strike 21 minutes from time to earn the team a 2-1 win against ten-man Poland in Saint Petersburg.

Ondrej Duda had already gone close when Slovakia broke the deadlock 18 minutes in. Róbert Mak did the legwork, slaloming in from the left before unleashing a shot which took one deflection, struck a post and ricocheted in off Wojciech Szczęsny.

There was nothing quite so fortunate about Poland’s equaliser just 30 seconds after the interval, Karol Linetty turning the ball in after a neat interchange down the left channel, reports uefa.com.

Linetty had half a chance to complete the turnaround moments later but Poland’s momentum was checked when Grzegorz Krychowiak was sent off midway through the second half.

Škriniar, up for a corner, applied the decisive blow after a sharp turn and finish inside a crowded penalty area, even if Robert Lewandowski, Jan Bednarek and Karol Świderski did all threaten late on.