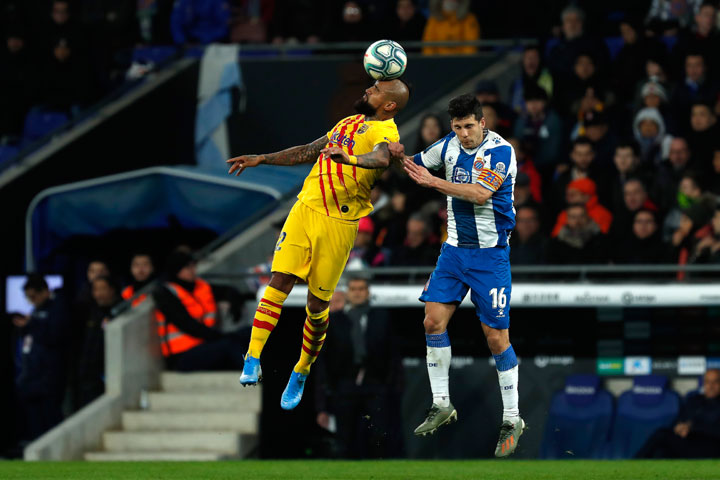 La Liga leaders Barcelona were held to a 2-2 draw at struggling Espanyol on Saturday as China striker Wu Lei came off the bench to grab a late equaliser in a pulsating city derby.

Barca’s Frenkie de Jong was sent off and Espanyol’s Wu struck two minutes from time after the champions had looked on course for victory when Arturo Vidal put them ahead in the 59th minute.

But Ernesto Valverde’s side had to play the final 15 minutes with 10 men after De Jong was dismissed for a second booking and substitute Wu took advantage for La Liga’s bottom side with a powerful finish.

Barca still top the standings on goal difference after 19 games but they are level on points with second-placed Real Madrid, who beat Getafe 3-0 earlier on Saturday.

Defender Raphael Varane helped Real Madrid to a hard-fought 3-0 win at Getafe, their first La Liga victory in four matches. Atletico Madrid made it three La Liga wins in a row by beating Levante 2-1 at home to climb up to third in the standings following a game in which three goals were scored in the space of five minutes.