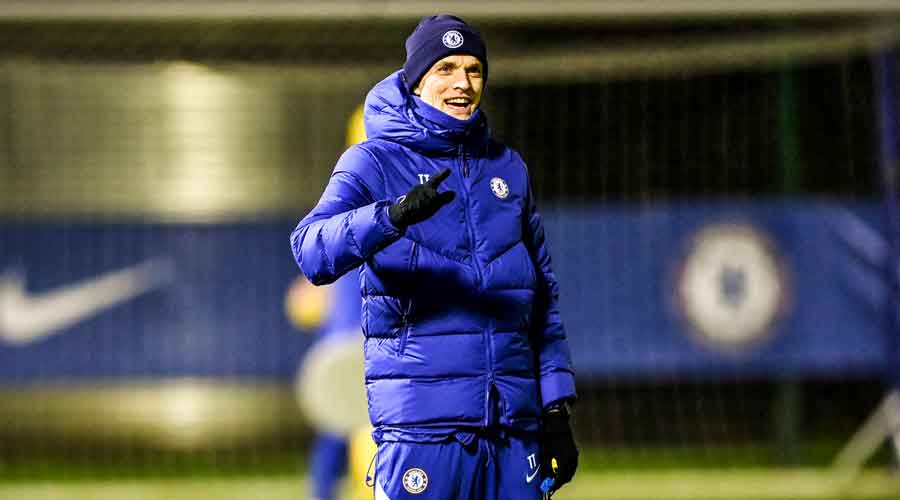 Chelsea missed a chance to regain their place in the Premier League’s top four as they largely dominated second-placed Manchester United but had to be content with a drab 0-0 draw at Stamford Bridge on Sunday.

The home side carved out the best chances but United, who had a decent first-half penalty appeal turned down, defended solidly throughout to earn a point.

The main talking point revolved around a first-half VAR decision in which Chelsea’s Callum Hudson-Odoi was adjudged not to have handled the ball in his own penalty area.

After a shot was saved by Edouard Mendy the ball bounced out and Hudson-Odoi and Mason Greenwood both challenged for it with the ball taking the slightest touches off both their arms.

Referee Stuart Attwell, who did not give a penalty initially, was instructed to consult a pitchside monitor by the VAR official, but having watched it, surrounded by rival players, he upheld his decision.

“Yeah, 100 per cent (we should have had a penalty),” United manager Ole Gunnar Solskjaer said. “I have no clue whatsoever why it wasn’t given, especially when they stop it and he walks across to watch it. It’s taken two points away from us.”

Gareth Bale produced his most impressive performance since returning on loan to Tottenham Hotspur with two goals in his side’s 4-0 win over Burnley.

The Welshman continued his recent resurgence by marking only his third league start of the season with the opening goal after only two minutes, prodding in from close range.

He then set up Harry Kane for Tottenham’s second after 15 minutes before Lucas Moura made it 3-0 before halftime.

Bale then claimed his second of the game with a clinical finish after 55 minutes as Tottenham returned to form in the league having lost five of their previous six games.

Jose Mourinho, who has seemed reluctant to trust Bale in the league citing his lack of match fitness and injury problems, praised the Welshman.

Arsenal revived their hopes of playing in European competition next season after goals from David Luiz, Alexandre Lacazette and Nicolas Pepe helped them to a 3-1 win at Leicester City in an entertaining Premier League clash on Sunday.

The Foxes produced another poor performance after Thursday’s 0-2 home defeat by Slavia Prague sent them crashing out of Europe’s second-tier competition, where Arsenal progressed into the last 16 with a 4-3 aggregate win over Benfica.

Lacazette said two successive wins would boost Arsenal’s confidence in their bid to climb higher up the standings.

“We want to go as high as possible in the league,” the French striker said.