Earlier in the day, a composed and determined Da Silva (100 not out) helped the Caribbeans build on their lead before their first innings ended at 297 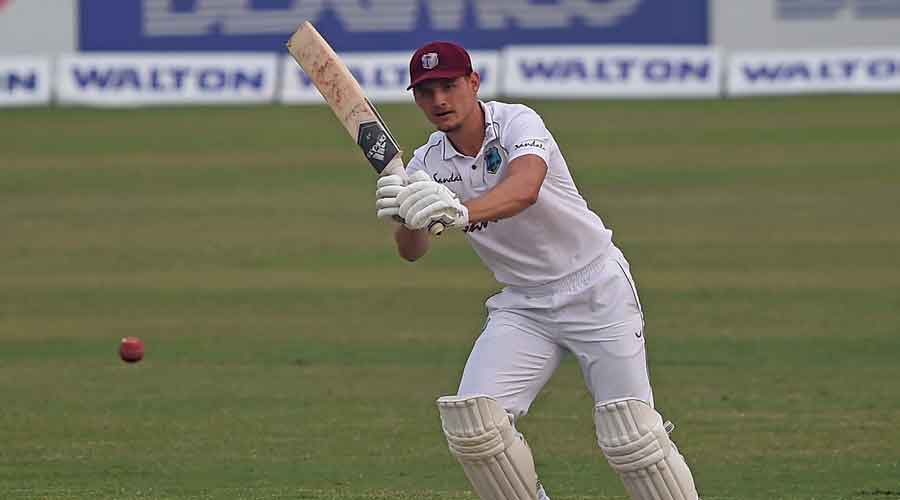 England were under massive pressure after the West Indies took a first-innings lead of 93 in the third and final Test at the National Cricket Stadium in St George’s, Grenada.

After Joshua Da Silva’s maiden Test century helped the Windies to a sizeable lead on Day III, England had slumped to 35 for 3 in their second innings an hour after lunch on Saturday. Opener Alex Lees (9) and Ben Stokes (4) were at the crease as England still trailed by 58.

Kyle Mayers, just as he did in the first innings, troubled England in their second essay too. He struck twice and again dismissed England captain Joe Root before cleaning up Dan Lawrence. Jayden Seales accounted for the other opener Zak Crawley.

Earlier in the day, a composed and determined Da Silva (100 not out) helped the Windies build on their lead before their first innings ended at 297 in reply to England’s 204. Not just reaching his maiden century, Da Silva also stitched a wonderful 52-run stand with No.11 Seales (13), who complemented the former and showed excellent temperament.

Of course, Da Silva also got wonderful support from Kemar Roach, who gave him a fair bit of assistance in helping the Windies overhaul England’s first-innings total even after the hosts were wobbling at 177 for 8.

It appeared as if Da Silva was getting tired, but he reached three figures in just three balls when he took a two and followed that with solid hits that fetched him back-to-back boundaries in the penultimate over before lunch.