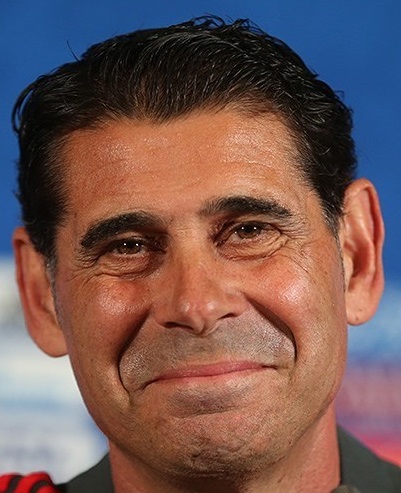 Former Real Madrid and Spain captain Fernando Hierro thinks form and standings have zero significance when it comes to Clasicos. Madrid host Barcelona in Spanish League’s Clasico on Sunday at the Bernabeu and after Zinedine Zidane’s men dropped points against Celta Vigo and lost to Levante, things are not too rosy.

“Anything can happen in a Clasico. We lost when we were Spanish League champions, we lost at home when we virtually had the title wrapped up and we’ve won in Barcelona when nobody expected us to. So there are no guarantees in Clasico. The standings don’t matter, your form doesn’t matter. It doesn’t matter if you’re at the top of the table, or if you’re the champions. These are special games. Anything can happen, and that’s the beauty of Clasico,” Hierro said.

“The most important thing, given the rivalry, is the joy everyone feels — from the club to the fans. And how it really gives you a boost.

According to former Barcelona defender Juliano Belletti, Clasico is the biggest game in world of sports. “The week leading up to Clasico and game day, it’s absolutely incredible.”

Talking about his first Clasico, the Brazilian still gets goose bumps.

“I remember my first Clasico. It was against the ‘Galacticos’ at Camp Nou. They had an unbelievable team and we won 3-0. It was an unforgettable night. It’s always special. The quality on show, two of the best teams in world football. And we all know what it means to win a game like this. I’m sure we’ll see a fantastic match and the fans will really enjoy it,” Belletti, whose match-winner gave Barcelona the Champions League title in 2006, said.

Belletti, however, said he never had any special preparations for the Clasico.