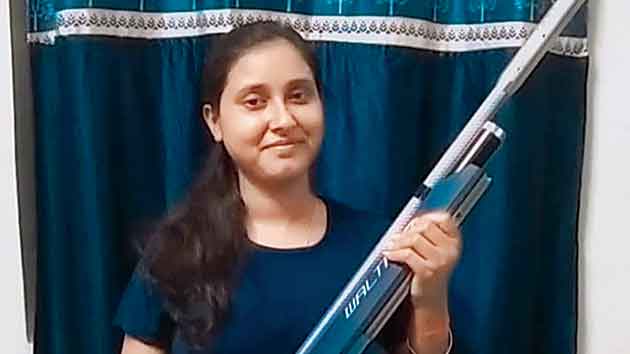 A national level shooter, Konica Layak, was found hanging at a hostel in Bally, Howrah. She was 26.

Police have recovered a purported suicide note in Hindi where she has written about her failure to clear the qualifying round for the National Shooting meet in Ahmedabad held a couple of months ago. She has also apologised to her parents and sister in the suicide note.

A team from the Bally police station recovered the body from the hostel on Wednesday morning.

“We are awaiting the post-mortem report. A case of unnatural death has been initiated,” said an officer of the Bally police station. Police have started investigation into the death of Konica, who was from Dhanbad in Jharkhand.

Konica, who had won a few medals at the state level, was training under Olympian and Arjuna awardee Joydeep Karmakar in Calcutta. “It’s shocking. She was a very jovial person. I cannot believe Konica has taken this extreme step,” he said on Thursday.