Assuming the left-handed opener will also feature in Black Caps’ XI for the WTC final, it will be interesting to see how he tackles the Indian bowling attack 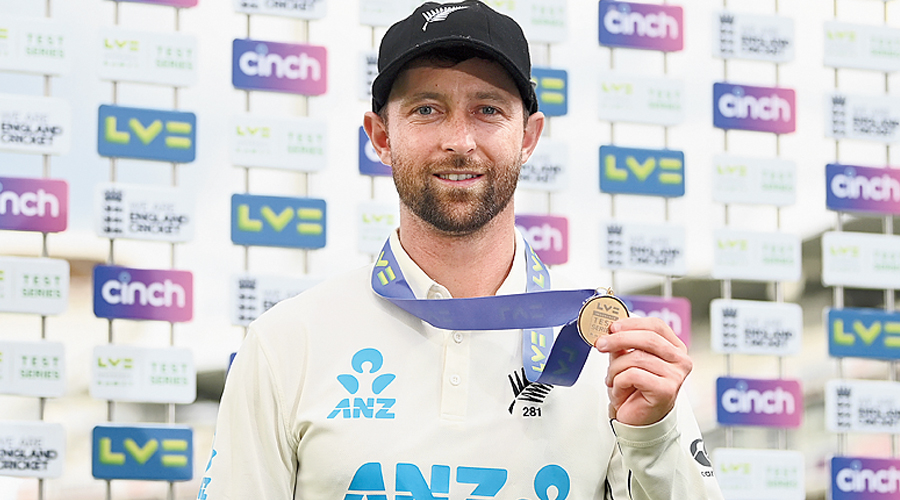 Having bettered the feat of legends en route to his record-breaking double century on debut at Lord’s last week, Devon Conway certainly couldn’t have asked for a better start to his Test career.

Assuming the left-handed opener will also feature in the Black Caps’ XI for the World Test Championship final in Southampton, how he tackles the Indian bowling attack that’s rich in terms of both pace and spin would surely be interesting to see.

For a player who took just four years to establish himself at the highest level having come all the way from Johannesburg after a difficult time out in South African domestic cricket, New Zealand do expect Conway to remain unfazed no matter how tough the going gets.

Conway’s coach at Wellington Firebirds, Glenn Pocknall, who has been with him since his early days in New Zealand, also has full faith in his ward. Keeping things simple should help Conway do well against the likes of Jasprit Bumrah and Mohammed Shami, Pocknall emphasised.

“All Devon needs to do is keep it simple and focus on being really clear in his preparations,” the coach told The Telegraph from Wellington.

“From the game’s perspective, he needs to keep looking for areas where he can score and get set early in his pre-movement. These are the basic fundamentals for him that have made him successful, so the focus is more on him and having control of what he’s doing, as that will give him the best chance to be successful,” Pocknall explained.

What impressed Pocknall most about Conway’s debut knock were the adjustments he made while dealing with the short stuff from English pacers. “He’s used to wickets being bouncier and easier to get under… So when (Mark) Wood bowled short at him, with there being variable bounce too, he needed to adapt his game to take it on after being hit a couple of times.

“He did that very well,” Pocknall pointed out.

New Zealand’s second and final Test versus England begins on Thursday in Birmingham, before they return to Southampton for the WTC final from June 18.

“I’m sure the Indian pacers will look to make use of the angle by bowling more from over the wicket (unlike the England pacers) and take the leg side out of the equation. Conway has not shown enough dexterity through the off side and therefore, we might see the Indian pacers probe him relentlessly in that corridor," Raman, who was also the India women’s team head coach until recently, observed.

India’s spinners too would not make matters any easier for the left-handed batsman, Raman added. “The Indian spinners will pose lots of questions to Conway with their variations, changes in the angle and the range of spin.

“If they bowl in tandem, they can be a handful as a combination as they complement each other well. Besides, both (Ravindra) Jadeja and (Ravichandran) Ashwin are highly adept in assessing the situation and changing gears accordingly,” Raman pointed out.