Against Sindhu, An Seyoung took just 6 minutes to grab a massive 7-point lead at the break with the Indian unable to find a crack in the Korean’s game 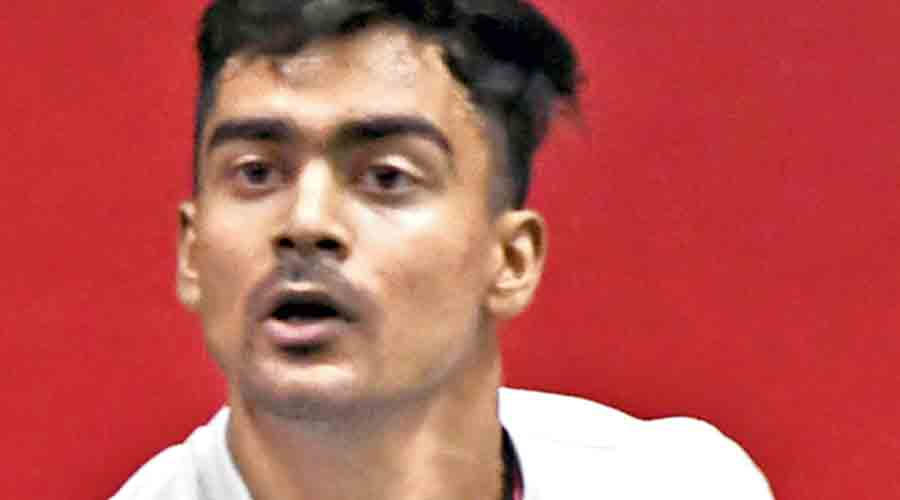 Returning to action after a break, India’s PV Sindhu lost in straight games to world No. 8 Korean An Seyoung in the women’s singles quarter finals.

Playing her first tournament since winning the bronze medal at the Tokyo Olympics in August, Sindhu couldn’t match her fifth-seeded young Korean rival, going down 11-21, 12-21 in 36 minutes.

In men’s singles, Sameer Verma retired from his quarter finals after losing the first game 17-21 against Indonesia’s Tommy Sugiarto, a bronze winner at the 2014 World Championships.

Verma had notched up a stunning straight-game win over world No.3 Anders Antonsen to storm into the quarter finals on Thursday night.

Against Sindhu, An Seyoung took just six minutes to grab a massive seven-point lead at the break with the Indian unable to find a crack in the Korean’s game.

The Indian tried to control the net but committed few unforced errors with the Korean showing great athleticism to return everything thrown at her.

The Korean dominated the forecourt and played some exceptional shots, including a few diving forehand returns, to lead 16-8. In the end, Sindhu netted to give 10 game points to the Korean, who sealed the opening game when the Indian erred again.

Sindhu tried to change her tactics by playing high lifts but she was not disciplined enough and after trailing 7-8 at one stage, she slipped to 8-11 at the break. It was a one-way traffic after the interval as An Seyoung jumped to 20-10 in a jiffy. Sindhu saved two match points before committing another error.

On Thursday, coming into the match with a dismal 1-5 head-to-head record, Sameer showed great athleticism and tactical acumen to down Antonsen, a silver medallist at the 2019 World Championships.

World No. 28 Sameer, who had qualified for the World Tour Finals in 2018 after winning three titles, produced a sensational performance to outwit local hero Antonsen 21-14, 21-18 in a 50-minute men’s singles battle.

It was also curtains for Lakshya Sen at the Super 1000 tournament here. It proved to be too daunting a task for him to match Olympic champion Viktor Axelsen as he thrashed the Indian 21-15, 21-7 in a lop-sided second-round contest.