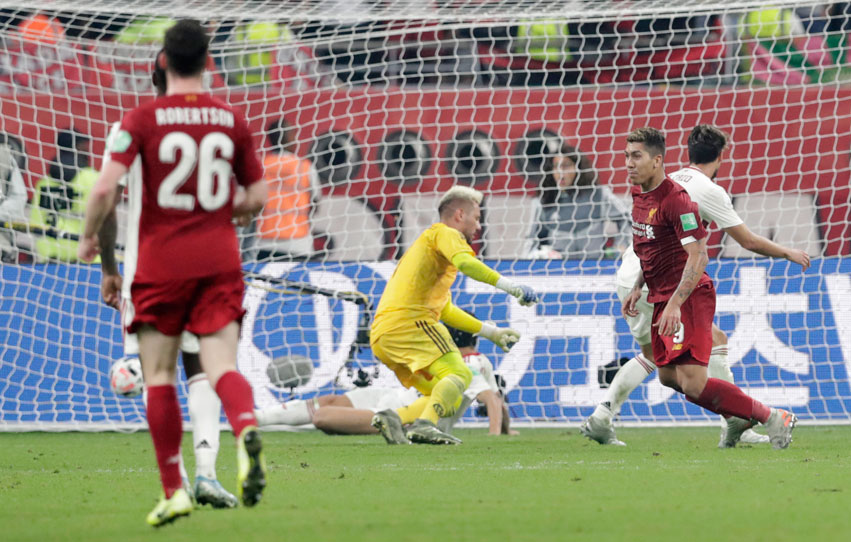 Liverpool have made winning trophies a habit in 2019 and Juergen Klopp’s side return to England and to their push for the Premier League title galvanised after being crowned world champions in Qatar.

It is an honour the Anfield side had never before claimed but which is now theirs after Roberto Firmino’s extra-time goal secured a 1-0 victory over Flamengo in a hard-fought Club World Cup final in Doha on Saturday.

Manager Juergen Klopp hailed his team’s victory over Flamengo as a “wonderful night” and said the European champions had again shown the power of their self-belief.

“We are exhausted from a very intense game but in moments like this, I struggle to find the right words, to express my respect for the boys,” said Klopp who looked visibly drained.

“It was incredible, we did so many good things, everyone was on the edge pretty much and there were so many sensational, good performances,” he added.

The German was quick to praise the Brazilian Copa Libertadores winners and their huge travelling support, saying that after debate over how much the trophy would mean for Liverpool, he now had no doubt. “I said before I didn’t know how it would feel and now I can say it’s outstanding,” he said.

Not for the first time in Liverpool’s run of success under Klopp, it was a late goal that decided the match.

“Late goals —we don’t want to need them but they were necessary and important. The boys have improved a lot over these months and when you start believing, you believe through the full 90 minutes and in this case 120 minutes,” Klopp said.

As for Firmino, Klopp said a key strength of his side was the ability of one his front three to always deliver a goal and praised Firmino for finding the target in both the final and the semi-final in Qatar.

“If one is not scoring the other one, or the other two, are scoring. We needed his goals here and I couldn’t be more happy for him,” he said.

“Before the game we spoke a lot about how much this means to Brazilians, and it meant a lot to him. I am really delighted for him,” Klopp added.

The latest piece of silverware is Liverpool’s third in little over six months, after they won the Champions League in June and began this season by winning the Uefa Supercup on penalties against Chelsea.

“The year 2019 for the club has been outstanding,” said defender Virgil van Dijk. “But we shouldn’t be satisfied with it. We should keep going, keep striving for more, and keep wanting more trophies.”

Van Dijk returned against Flamengo after illness kept him out of the 2-1 semi-final victory against Monterrey and that determination to be back playing summed up Liverpool’s attitude towards the competition.

Flamengo coach Jorge Jesus said he was proud of the performance his team provided.

“We shouldn’t forget that Liverpool is the strongest team in Europe and we were equal to Liverpool and didn’t face particular problems in the first 95 minutes, indeed we could control the match for many stretches,” Jesus said.

“But two big teams faced each other and at the end of the day I am very proud of my players and their performance,” he said.

Jesus said their performance in Doha showed that Brazil’s best can now compete at the highest level, a bold statement given the financial gulf between Europe and South America.