Debate on berth for Kuldeep Yadav for the second Test

The last time the wrist-spinner played a Test was two years ago, in Sydney, taking five for 99 in the Australian first innings 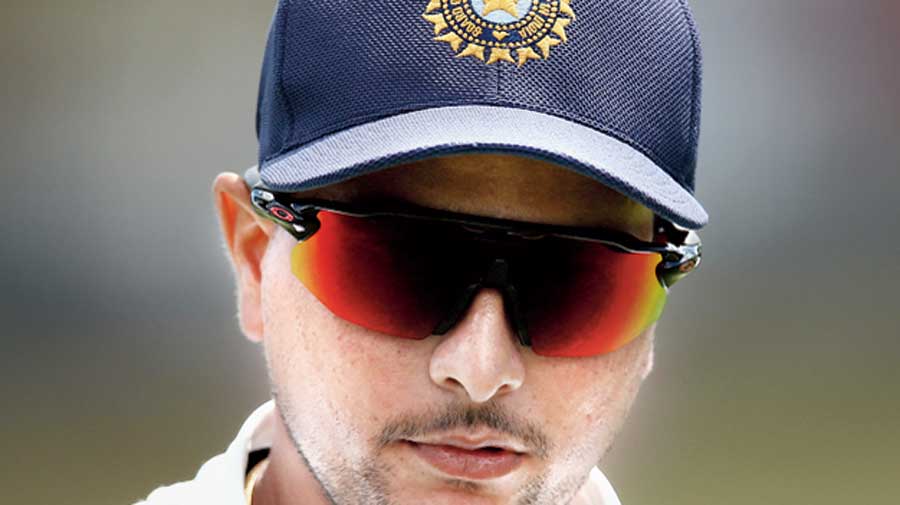 The inclusion of Shahbaz Nadeem, who was among the standbys, ahead of Kuldeep Yadav when the preferred Axar Patel was ruled out of the first Test surprised many.

Even Sunil Gavaskar felt India could have included wrist-spinner Kuldeep as he lends variety to the bowling attack. As for Nadeem, for whom the last game was only his second Test appearance, he finished with a match-haul of four wickets and conceded 233 runs off the 59 overs he bowled.

The left-arm spinner’s figures do reflect his struggles against the likes of Joe Root, Dom Sibley and Ben Stokes, while he also bowled nine no-balls in the game, which is not expected of a spinner.

With barely two days to go for the second Test, again at the Chepauk, the debate has been rekindled: Should India bring Kuldeep back in the XI?

“A wrist-spinner can turn the ball even on flat wickets as well as on tracks not having too much of turn and bounce,” former left-arm orthodox spinner Maninder Singh, who represented India in 35 Tests and 59 ODIs, told The Telegraph.

“Having said that, you also need to see if the team management is confident of featuring Kuldeep in the XI,” he added.

The last time Kuldeep played a Test was two years ago, in Sydney, taking five for 99 in the Australian first innings.

However, Axar, who can also contribute with the bat, should be the first choice if he has regained fitness, feels former spinner Pragyan Ojha.

“If you talk about Kuldeep, he’s certainly a good bowler and done well in Tests too, looking at the opportunities he has got so far (24 wickets in six Tests).

“But I really don’t know what the team management is thinking. Kuldeep should play only if they feel Axar is yet to be fully fit,” Ojha, who played 24 Tests, 18 ODIs and six T20Is, said.

Drafting in leg-spinner Yuzvendra Chahal could also have lent variety to India’s bowling attack, Maninder pointed out. “Chahal looks quite eager to play and he seems mentally there, so why not include him in the squad?

“His leg-spin can also bring in some variation. It could be better than having two off-spinners in the XI.”

Going back to Nadeem, both Maninder and Ojha feel the Jharkhand left-arm spinner erred in his length, something his England counterpart Jack Leach didn’t.

“Leach just bowled a disciplined line and length. The wicket was such that you had to bowl on those good areas, whereas Nadeem bowled more on the shorter side, which really surprised me,” Ojha said.

Besides, Leach bowled only one no-ball in the game. “I think Shahbaz took a lot of pressure on himself,” said Maninder.

“The coaching staff should have told him to just go and enjoy himself. Bowling so many no-balls is one indication that he had taken a lot of pressure.”